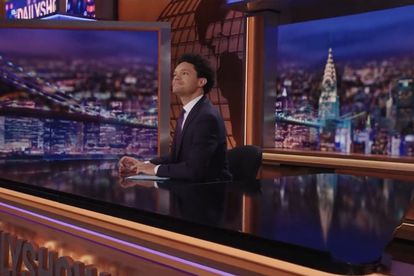 VoicMap has partnered with ‘The Daily Show’ and Trevor Noah on a self-guided tour that provides turn-by-turn directions. Photo: Twitter @TheDailyShow

VoicMap has partnered with ‘The Daily Show’ and Trevor Noah on a self-guided tour that provides turn-by-turn directions. Photo: Twitter @TheDailyShow

VoiceMap, a local audio tour app startup, has partnered with The Daily Show and Trevor Noah on a self-guided walking tour that leads visitors along the same route followed by the pro-Trump rioters who stormed Washington DC’s Capitol Building on 6 January 2021.

In the Footsteps of the Freedomsurrection gives listeners the chance to revisit the events before and after Donald Trump called on his followers to walk down Pennsylvania Avenue to contest alleged “voter fraud”, and President Joe Biden’s election victory.

The Johannesburg-born comedian, who became the host of The Daily Show in 2015, chimes in at the tour’s starting point to explain that the self-guided tour uses GPS to play audio automatically, and provides turn-by-turn directions for visitors.

“That’s right, your phone knows where you are at all times,” says Noah.

ALSO READ: Trevor Noah and the ‘weird crime’ that could topple Trump… [watch]

HIGHLIGHTS ALONG THE ROUTE

Highlights along the route include the exact spot where Missouri senator Josh Hawley raised his fist in solidarity with rioters, minutes before they smashed their way through the Capitol’s windows with stolen police shields. Visitors also stop at the National Mall, just south of the White House, where Trump told supporters that he would “never concede”.

“It’s exciting to see VoiceMap used for more than just traditional walking tours, especially with a partner like The Daily Show,” says Iain Manley, VoiceMap’s founder, who started the company in Cape Town in 2014.

“We believe that a new perspective can change how visitors see unfamiliar places – and even how locals view their hometowns – and we expect The Daily Show to reach new audiences by turning their incisive brand of satire into an immersive experience.”