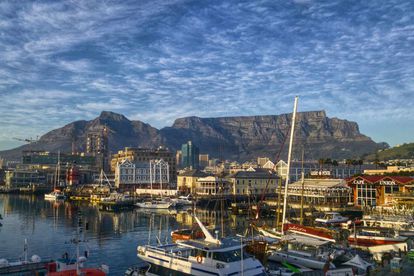 After bringing the top prize home in 2020, Table Mountain has once again been named Africa’s Leading Tourist Attraction at the 2021 World Travel Awards!

Table Mountain is also in the running to be voted as the World’s Leading Tourist Attraction.

“This award could not have been announced at a better time,” Wahida Parker, the managing director of Table Mountain Aerial Cableway Company (TMACC), said according to IOL. “As South Africa is finally removed from the UK’s red list, we definitely expect to see more tourists from all over the world coming to experience Africa’s leading tourist attraction.”

Parker also said that the Table Mountain Aerial Cableway Company has also been nominated as the World’s leading Cable Car.

“The competitors for this World Travel Awards category include Bondinho Pão de Açúcar in Brazil, the Cable Car at Sun World Ba Na Hills in Vietnam, the Disney Skyliner Cable Car in the United States, Mi Teleférico in Bolivia, PEAK 2 PEAK 360 in Canada, the Skyline Queenstown in New Zealand and finally the Wings of Tatev in Armenia.

“We are one of only three rotating cable cars and our impeccable safety track record should stand us in good stead to bring it home for the industry,” Parker said further.

How to cast your vote

Travellers can cast their vote for both Table Mountain and TMACC for this year’s World Travel Awards 2021 to be held in Moscow on 26 November. To vote, visit www.worldtravelawards.com/vote. Voting closes on October 24.