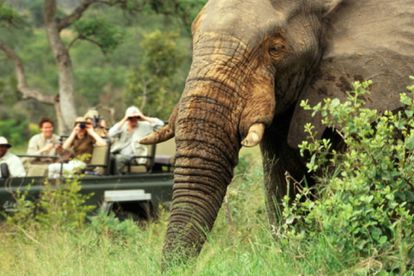 The New York Times has released its annual list of the world’s best places to visit and South Africa came in at number 15!

While previous lists looked at popular food spots and resorts, the annual list of destinations to visit this year looks at spots where visitors can be part of the solution to problems like over-tourism and climate change.

Of South Africa, Charly Wilder writes that after nearly two years of restricted travel and the recent detection of the Omicron coronavirus variant, South Africa’s many outstanding wildlife reserves and conservation projects are badly in need of support.

Wilder says that visitors can also keep it classic and track the “Big Five” at the country’s approximately 500 private game reserves, like Kariega and Manyeleti.

“Or they can go a step further and volunteer to monitor biodiversity with the Endangered Wildlife Trust at Medike Nature Reserve in the Soutpansberg Mountains, or help save the dazzling aquatic life and octopus teachers that inhabit the Great African Seaforest, the planet’s only forest of giant bamboo kelp.”

Other top picks include Chioggia, a seaside town south of Venice, Italy and the Chimanimani National Reserve in Manica Province of Mozambique that came in first and second respectively.

Queens in New York came in third on the list as its restaurant industry was slammed by COVID-19 in particular, followed by the UK’s Northumberland.

Zihuatanejo in Mexico, Iberá Park in Argentina and the Alentejo Wine Region in Portugal also made the list.

Meanwhile, the Lucayan Archipelago in The Bahamas and Turks and Caicos, Evia in Greece and Cobscook Shores in Maine complete the top 10.

Musa Khawula’s channel suspended – was Connie diss too much?

World AIDS Day: South Africa has the largest HIV epidemic in the world

‘Kings of Jo’Burg’: First look at the new season of Netflix series

Faith Nketsi says she never had a BBL after giving birth