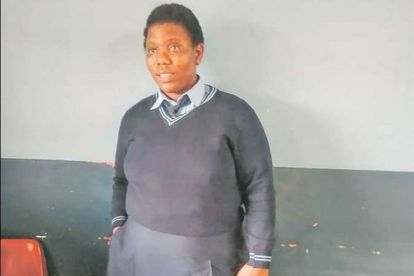 It’s never too late to try again after a failure, and one South African woman is proof of it. Slindile Cele made headlines this week after going back to school to re-do her matric year in 2021

But instead of doing an adult matric course through a private tertiary institute, the 31-year-old woman physically re-enrolled at her local high school

Pictures of the women in her school uniform went viral this week. As did ones of her showing off her bachelor matric pass.

According to Daily Sun, the 31-year-old woman re-enrolled at Mzingwezi High School in KwaZulu-Natal to study full time.

The odds were stacked against Slindile; she had failed matric in 2006 and had a 18-month-old baby to care for.

But the woman believed in her goals and decided to re-do her Grade 11 year in 2020. In 2021, Slindile wrote her matric, of which she achieved a bachelor’s pass.

But her second stint at high school was harder this time around.

Slindile was almost double the age of her peers was even older than some of the teachers She was also mercilessly bullied by pupils and criticised by family members.

She told Daily Sun: “I was a laughing stock at school. It was painful but I know how pupils are. I was even older than some of the teachers. I told myself I must respect them and focus on my goal”.

In 2016, Slindile worked as a domestic helper to save money for her school fees, uniform and stationary. But Sli hit a stumbling block when she fell pregnant some time later.

Nevertheless she picked herself up and continued her grade 11 studies whilst pregnant. She gave birth to a baby girl in August 2020.

In 2021, a creche cared for her baby whilst she pursued matric. She added: “I paid rent with my child’s support grant because my baby daddy was not supportive. Sometimes I went to sleep without food”.

Now that Slindile has achieved her goal of passing matric, her next goal is to become a nurse. She added: “All those that were laughing have been silenced”.

Many were inspired by Sli’s story of determination and resiliance.

“She did an amazing job. I applaud her for never giving up even when the tough was upon her”

“She’s very brave …teenagers are mean and loud. I can’t imagine what she went through. Not to mention student teachers trying to not treating her like an old student”

“I love this for her. Nothing is fulfilling as doing what you’ve always wanted. I hope and pray that she gets an opportunity to further her studies or work. Anything that she’s praying for”