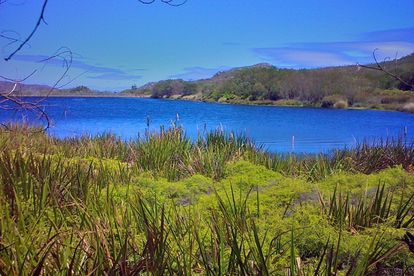 Cape Town police are investigating the death of a man at Silvermine Dam found allegedly drowned in the dam on 20 November 2021. Image: Flickr/Mallix

Cape Town police are investigating the death of a man at Silvermine Dam found allegedly drowned in the dam on 20 November 2021. Image: Flickr/Mallix

South African National Park (SANParks) confirmed that the Silvermine Dam is closed after the discovery of a 26-year-old man’s body on Saturday 20 November over the weekend.

Following the incident, the Table Mountain National Park (TMNP) confirmed that the body of the man was recovered from Silvermine Dam after he drowned on Saturday morning:

“We would like to express our sincere condolences to the family during this difficult time,” the statement reads.

“Please be advised that the Silvermine Dam in the Central Section of Table Mountain National Park is currently closed to the public until further notice due to the drowning incident.

“Table Mountain National Park will continue to provide updates on progress being made once the information becomes available and we kindly request visitors to be patient with us during this time.”

This is not the first time that a body has been discovered at the Silvermine Dam. Earlier this year, it was reported that the body of a 69-year-old male hiker was found floating in the Silvermine Dam after going missing in March.

According to IOL, to create safety awareness, TMNP staff members began a campaign at Lion’s Head, Signal Hill and Platteklip Gorge in the northern section of the park earlier in November 2021.

The campaign will see safety information shared with visitors entering the park in these areas.

“We have embarked on this campaign since we’re approaching a busy season and some visitors are not familiar with the mountain or the hiking routes, and it’s easier for them to get lost or sometimes get injured.

“This will be an ongoing campaign and we’ll be partnering with our stakeholders to create more safety awareness,” said TMNP section ranger Brightness Luthuli.