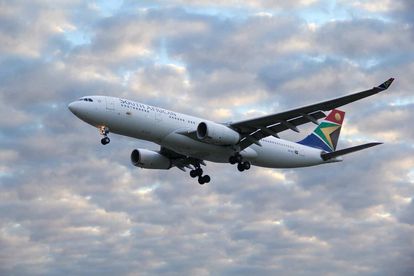 National carrier SAA restarted operations a year ago after a lengthy business rescue process which resulted in a slimmed-down airline that would ideally become less reliant on the national fiscus.

SAA’s flights remained grounded from March 2020 to September 2021, due to the protracted business rescue, flight bans and lockdowns during the Covid-19 pandemic.

The state carrier restarted operations in September last year, offering flights between Johannesburg and Cape Town as well as selected destinations on the African subcontinent.

IOL reports that the airline has now been dealt another blow by losing its rights to operate flights to a number of destinations. The International Air Services Licensing Council has revoked 20 of SAA’s 52 international licences because the carrier could not prove its capacity to service the routes.

The national airline had 20 out of 52 route licences revoked without negotiation as it had not serviced them in more than three months, dating back to when SAA entered business rescue.

At the height of its operations, South African Airways had a total of 42 aircraft deployed across its route network. The airline now has only nine aircraft in its fleet. This has resulted in SAA holding rights to operate routes it cannot service with the number of aircraft it has at its disposal.

With SAA no longer offering services to many of the destinations in its former route network, there is now a shortage of seats on a number of routes while passenger demand is increasing.

Several local carriers have expressed interest in starting up flights on numerous routes which SAA held the rights to operate. FlySafair recently secured the right to operate flights between Joburg and Mauritius.

At the conclusion of SAA’s business rescue process last year, it was revealed that an investor had been identified for the airline. However, the deal with the Takatso Consortium which was named as the investor that would be partnering up with SAA – to wean it off state funding – has still not materialised.

With SAA having lost the rights to operate its flights on 20 routes, where does it leave the airline? Is  SAA still an attractive proposition for a potential investor or partner?

ALSO READ: ‘We’ve got to build back better’: SAA unlikely to rely on taxpayer money

According to IOL, Department of Public Enterprises acting director-general Jacky Molesane told Parliament’s public enterprises committee that government had done sufficient due diligence on Takatso’s financial capability and that the only reason Takatso had not made its financial contribution was due to the clearance of the regulatory hurdles which should be done by the last quarter of the 2023 fiscal year.

“They have the money. In fact they want this done sooner than later. In any transaction, money will not flow until it gets the green light. We are waiting for the approvals and regulatory hurdles and thereafter there will be change of ownership. We expect to see the flow of money into the airline after that,” Molesane said.