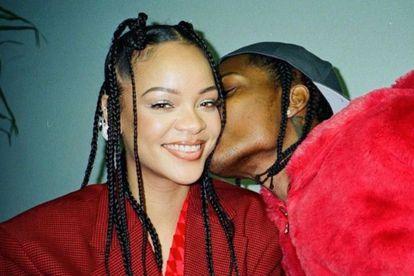 It’s official! Rihanna and A$AP Rocky are parents to a healthy baby boy. According to several US media reports, the Please Don’t Stop The Music hitmaker gave birth to their son nearly a week ago – 13 May 2022, in Los Angeles.

The couple announced back in January already that they were expecting their first child together. Up until now, Rihanna has been proudly displaying her baby bump like a sash. They have been preparing themselves for the arrival of their baby, having thrown a baby shower in March, Entertainment Tonight reported.

YOU CAN ALSO READ: So those Rihanna and A$AP Rocky break-up rumours were FALSE

For now, very little is known about Rihanna and A$AP Rocky’s new bundle of joy, including his name. The fact that they were able to keep the birth of their baby under wraps for so long tells you they have managed to maintain some level of privacy away from the public eye.

RiRi and Rocky’s romance is said to have began in late 2020, although they had been friends before.

But it wasn’t long after Rihanna’s pregnancy news that it was reported that A$AP cheated on her with several women. One of them is  Amina Muaddi, a designer who worked on Rihanna’s Fenty line.

News of the alleged affair broke the internet, but Muaddi took to Instagram to deny the claims, saying in part: “I’ve always believed that an unfounded lie spread on social media doesn’t deserve any response or clarification, especially one that is so vile. I initially assumed that this fake gossip – fabricated with such malicious intent – would not be taken seriously. However in the last 24h I’ve been reminded that we live in a society that is so quick to speak on topics regardless of factual basis and that nothing is off limits”

YOU CAN ALSO READ: ‘I’m all of a sudden asking for cookies’: Rihanna opens up about pregnancy