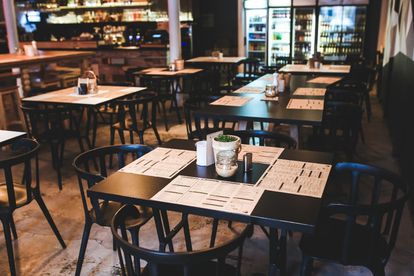 Due to ongoing power cuts and different load shedding stages, a lot of restaurants in South Africa has had to resort to the use of generators to keep the lights on.

According to a new report, South Africa’s already-crippling restaurant industry is being battered by load shedding and had to turn to petrol and diesel generators to keep going. And on the back of various lockdown restrictions and soaring fuel prices, these power cuts further threaten the financial and operational stability of many restaurants.

Alberts also said that when load shedding kicks in, there’s an interruption of [at least] 15 minutes “because we need to get the generator started and start-up the kitchen slowly by reintroducing equipment to the generator”.

While these interruptions delay food service and may deter patrons, the use of generators three times a day also comes at a great financial cost. Alberts estimates that, depending on the size and power needs of a particular restaurant, running a generator costs around R1 000 an hour.

This means that if restaurants suffer up to seven hours of load shedding, the cost of running a generator may be as high as R7 000.

This has been made even more difficult as petrol and diesel costs recently reached their highest-ever levels of 34% compared to 2020.

A commercial generator, those that produce at least 60 kilovolt-amps (KVa) to power kitchens, fridges, lights, and point-of-sale systems, can easily consume more than 20 litres of fuel every hour. The cost also factors in generator maintenance.

Also Read: Blackout: It would take 30 to 60 seconds for Eskom’s system to collapse

Meanwhile, restauranteurs sometimes have to rely on landlords who are also out of answers:

“We’ve called to landlords to provide alternative sources of energy and generators [but] many landlords can’t provide it or have not got capital to provide. And, simply, many of our sites don’t lend themselves for our restaurants to put a generator in the spaces they are currently renting,” says Alberts, adding that without generators, businesses remain unable to generate an income during the hours of load shedding and end up with expensive wastages.

“It means that walk-in freezers’ compressors get compromised [and] the damages can be anything from around R50 000.”