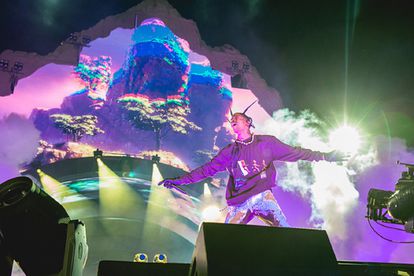 A 20-year-old concertgoer – who attended Astroworld – recently shared what it was like to attend the festival which saw the death toll rise to nine as of Monday, 15 November.

What happened at the Astroworld festival

Killin edited the “as told by” essay for clarity, in which Natalie described her experience at what has been called a “mass casualty” event:

“I escaped with soreness in my back, chest, and head from being crushed in the crowd.

“I’m an avid concertgoer — that’s what I do. So Astroworld wasn’t my first pandemic-era show, but it was my first festival. For a lot of my friends, it was their first concert ever, and we were really excited.

“We got our tickets for more than $300 each when they first dropped in May, and we booked our Airbnb even before that. We said we were going no matter what.”

Natalie said that it was the first time they saw Scott perform.

“We saw his documentary, we listened to his music, we watched his concert videos, and we knew that it was going to be a crazy crowd. But a lot of us get in mosh pits and have a good time at concerts anyway, so we weren’t worried.

“But what happened at that festival wasn’t normal.

“On the first day of Astroworld — the second was cancelled — we got to Houston and arrived at the festival around noon. By then, it was already hectic. Even when people weren’t storming the gates, security and wristband checks were a mess.

“About 10 minutes before Scott went on, my friends and I looked at each other and knew we had to get out of there. It was going to get worse, and even though we’d waited three hours, we didn’t think it was worth it. We knew once Scott went on, we weren’t getting out, so we headed toward the back barricade.”

Calling for help at Astroworld

She says that there were thousands of people.

“I don’t even know how we got to the back. Scott started, and we were all separated and got lost in the crowd.

“I was with just one friend, and we were being crushed. We didn’t hit the ground, thankfully, but I was stuck between ginormous men — screaming that I was going to die, I can’t breathe, I need help. People refused to help us.

“There were other people trying to escape who were holding the back of my head, ripping my hair out trying to stay connected to me so they could get out with me. Everyone was crying and screaming.

“When we got out, my friend and I were on the VIP stage where the media and celebrities were, and all we could see was hell. Some people had broken bones. Others were passed out.

“I came to find out later that one of my friends was trampled for 30 minutes and was robbed. All of our wallets and IDs were with her, so we had nothing. Instead of someone helping her, they just ripped her bag off her and ran.”

Her friends saw people stepping over others who were lying on the ground as they tried to get out.

‘Unlike anything I’d seen before’

“The concert was unlike anything I’d seen before. I saw the hip-hop duo Suicideboys in concert a month ago, and the whole time, they were making sure everything was good. They could see everything going on. They said things like: ‘If somebody falls, make sure they get back up’.

“The attendees were in a trance, almost. They were so focused on Scott that they lost their regard for the people around them. (What does bother me, though, is the fringe theory that it was some kind of demonic ritual — it wasn’t. It was just a poorly planned festival.)

“I tried to explain to my friends that what happened wasn’t normal, but they’re traumatized, and they’ll probably never go to a concert again. I’m a little hesitant about going to another festival myself, but I don’t want this experience to keep me from something I genuinely enjoy.

“Thankfully we’re all physically OK now, and my friend who was trampled is healing well, but a lot of us have survivor’s guilt. I had to delete TikTok just to get off social media because I was sitting in my bed crying knowing we got out in time while others didn’t. Those people didn’t get to go home to their families, and we did.

“I deleted all of Scott’s music off my phone. Any merchandise I had from him, I got rid of. I’m not streaming his music anymore, and I wish others wouldn’t either. I love concerts, and it broke my heart that people died and my friends left terrified.

“Concerts are supposed to bring people together, and the only thing this brought me was suffering.”