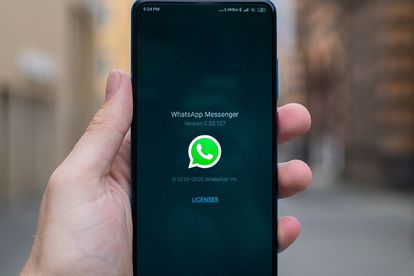 A new WhatsApp change that holds group admins responsible for what members post could land them in trouble with the SA law if they don’t take full advantage of it. Image via Unsplash

A new WhatsApp change that holds group admins responsible for what members post could land them in trouble with the SA law if they don’t take full advantage of it. Image via Unsplash

On 1 September, WhatsApp rolled out an update that will see group admins getting more power and control over the content being shared in the groups they manage.

While this is good news, social media law expert Emma Sadleir Berkowitz has warned that the new update can lead to legal trouble for group admins in South Africa, Business Tech reports.

WHAT IS THE NEW WHATSAPP CHANGE?

Admins who have the new WhatsApp update can now delete texts or posts made by members of the group. With just a long press on any message sent in the group, the “delete for all” option will pop up, allowing the group admin to moderate and have power over any inappropriate or offensive content. That’s a good thing, right?

Well, another good thing is that the time limit to delete posts has been extended from a few hours to a couple of days.

WHAT DOES THIS MEAN FOR ADMINS, ACCORDING TO THE LAW IN SA?

Berkowitz described the WhatsApp update as “a game changer” in a South African context.

“If you’re the admin of a WhatsApp group, because of this recent change, you become legally responsible for everything that appears on that group.”

This means that WhatsApp group admins have to be vigilant so they can flag and delete things like hate speech, threats, incitement or any other illegal content. Should they not delete it, they can be held liable.

This ties into two acts put in place by President Ramaphosa and communications minister Khumbudzo Ntshavheni last week and in December last year.

The first act, Film and Publications Amendment Act criminalises all forms of image-based violence and revenge pornography. Meanwhile, the Cybercrimes Act criminalises threats to people, categories of people and property on social media.

BUT, GROUP MEMBERS COULD ALSO BE IMPLICATED

Should the WhatsApp group admin fails to delete an indefensible post, or should a group member not remove their post, those in the group have the option of condemning the act or leaving the group. Failure to do so could lead to members getting implicated.

“We have case law to show that if you ‘like’ something, you are in the chain of publication. Liking something is a very active form of association, so be careful about what you’re liking.

“If you don’t do one of those two things [condemn or leave group], there is an argument that you are in the chain of publication.”