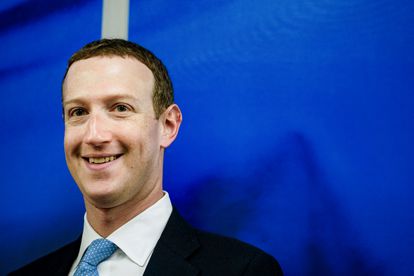 Founder and CEO of US online social media and social networking service Facebook Mark Zuckerberg reacts upon his arrival for a meeting with European Commission vice-president in charge for Values and Transparency, in Brussels, on February 17, 2020. Image: Kenzo TRIBOUILLARD / AFP.

Founder and CEO of US online social media and social networking service Facebook Mark Zuckerberg reacts upon his arrival for a meeting with European Commission vice-president in charge for Values and Transparency, in Brussels, on February 17, 2020. Image: Kenzo TRIBOUILLARD / AFP.

The “House of Peri Peri Chicken” did not take long to poke fun at Facebook CEO Mark Zuckerberg after a massive social media outage across Facebook, Instagram and WhatsApp this past week.

As the CEO of Facebook, Zuckerberg is responsible for all three apps. And while the world was experiencing trouble with these social media apps, the internet entrepreneur became the centre of various jokes on the internet, including in Mzansi.

Nando’s on Mark Zuckerberg and the social media outtage

According to IOL, Nando’s had the perfect response after a social media user said that they are patiently waiting for Nando’s commentary on the whole situation that ultimately cost Zuckerberg millions:

@Kay_TheManager, wrote on Twitter: “Patiently waiting for @NandosSA’s campaign/ commentary on this whole social media saga if I haven’t already missed it.”

Nando’s responded with a comment saying that it is “connecting” before posting a GIF: “You don’t have social media updates to prove it? Zucks to be you!”

“Funny but MEH…Really guys? You could do so much more. This is so mediocre, like unleash your creative genius and remind us why we look to you to provide humoristic guidance on important issues,” said @DuchessOfSanton on Twitter.

Others were a bit more optimistic:

Others believe that Nando’s might be planning on poking fun at the Enoch Mgijima local municipality after it unveiled a sporting facility that cost R15 million. Citizens of South Africa were not convinced when images of the so-called state-of-the-art facility showed an open field, community members seated in stadium seats, and not much else.

“Not that’s a joke,” said @Madziba_Sipho.