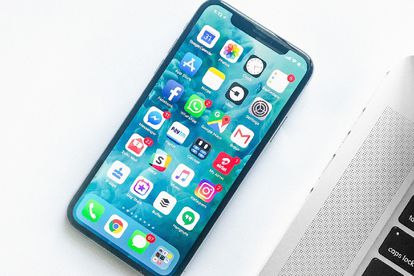 MTN has responded to an amendment proposing that network operators do not expire unused data within six months of purchase. Image via Unsplash

MTN has responded to an amendment proposing that network operators do not expire unused data within six months of purchase. Image via Unsplash

On Thursday 6 October, MTN responded to the Independent Communications Authority of South Africa’s (Icasa) amendment to the End-User and Subscriber Service Charter Regulations of 2016 which state that service providers cannot expire mobile data for six months after purchase.

This comes a week after the Advertising Regulatory Bureau (ARB) ruled that the network provider has been misleading its customers through “ambiguous” advertising that does not state how long it considers a day to be when advertising its “one-day” data package.

DATA CAN ONLY EXPIRE AFTER SIX MONTHS

According to News24, the new proposed rule states that unused prepaid and postpaid airtime, data and voice bundles should only expire after six months. However, promotional packages are an exception.

The new amendment also states that companies must also use any unused data, until that data is depleted, and thereafter utilise the newly allocated data.

Last week, Business Insider reported that ARB ruled that MTN may not advertise “one-day” data bundles without being clearer that a “day” could be as short as a couple of minutes if customers buy that bundle late enough at night.

This ruling came after an MTN customer filed a complaint saying they had bought “one-day” data a couple of minutes before midnight and at 00:01, their data had expired. The customer was under the impression that “one day” is a full 24 hours.

BUT MTN OBJECTS TO THE SIX MONTHS PROPOSAL

In its submission to ICASA, MTN’s head of regulatory affairs, Moses Mashisane, said the draft amendments only favoured the customer.

“We ask for balanced regulations which take into the interests of the consumer and the licensees. If you do not have a sustainable business, consumers will suffer.”

Mashisane also said that this will limit competition amoung network operators.

“This, in MTN’s view, unduly interferes with the commercial activities of licensees, as it will result in licensees being required to offer the same packages, on similar terms, with a minimal difference between their offerings,” the company said.

Other network providers and the Competition Commission are expected to respond by Friday.

In addition, the proposed regulations also want network operators to compensate customers who can’t use promotional data packages or bundles because of faults attributable to the operators, such as network outages or service breakdowns.

“The compensation mechanism for the end users who cannot utilise promotional services due to network outages is something that we can improve on,” Mashisane said.