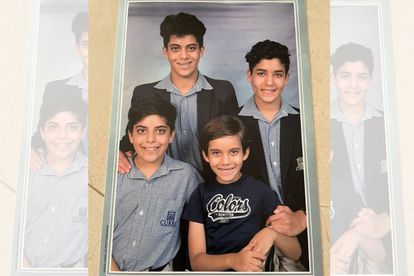 The Moti brothers has gripped South Africa ever since the kidnapping of the four young brothers made headlines across the country last week.

Their frustratingly traceless trail, confusion surrounding a possible motive and the lack of a ransom demand are just some of the elements making the Moti brothers’ kidnapping a mystery crime gripping our nation.

What happened to the Moti brothers?

The brothers – Zidan, Zayyad, Alaan, and Zia Moti – all aged between six and 15 years — were kidnapped on their way to school in Polokwane at about 07:00 on Wednesday 20 October 2021.

Seven men with R5 rifles and handguns cornered their vehicle and forcefully removed them. Police confirmed that boys had not been found, and there has still been no word of a ransom demand from the kidnappers.

Since then, social media has been ablaze with speculation, while authorities and celebrities alike have been asking South Africa to pray for the safe return of the Moti brothers.

Change agent Catherine Constantinides, a former Miss Earth South Africa, called for locals to stand together in prayer, expressing that “these are not just four children of a family from Polokwane, these are OUR children as a nation”.

Calling on the public for support

Limpopo Premier Chupu Stanely Mathabatha has expressed that “as the provincial government, we are appalled by these ruthless deeds and we shall not rest until these criminals face the wrath of the law.”

Meanwhile, the Jamiatul Ulama South Africa (JUSA) said it was deeply concerned about the boys’ welfare:

“JUSA calls upon state authorities to make the investigation of this brazen case of kidnapping involving young children a matter of priority. Furthermore, we call upon all members of the public, across the country, to continue assisting law enforcement authorities, so that the boys can be found and get reunited with their family safely.”

Why the Moti brothers?

For these reasons, Cape Town etc proceeded to ask the question why this case caused such a massive uproar “when we have so many crime-drenched incidents happening daily in our country”.

According to Stats SA, the top categories for individual crime experienced in South Africa in the past five years have been the following: Theft, street robbery, assault excluding sexual assault, consumer fraud, hijacking and sexual offences – not necessarily “highly organised” crime.

Guy Lamb told News24, these “non-conventional to our typical and trending crimes, is an outlier“. That’s why Mandy Wiener of News24 suggests that “highly organised” crime should therefore “get more attention and resources than it currently has”.

No ransom demand for Moti brothers

What South Africans found to be the most puzzling perhaps, is the fact that the kidnappers have not demanded ransom as of yet.

“Experts on crime have expressed that what appears to be a highly suspicious crime like this against the vulnerable would usually be derived from a monetary desire, and so a ransom call was initially expected,” writes Ashleigh Nefdt in the Cape Town etc article.

In a work, titled Ransom Kidnappings, experts highlight that usually in a predatory crime case, ransom demands are usually made soon.

The initial belief was that the motive was ransom money, given that the children’s parents, Nazim and Shakira Moti, are prominent businesspeople in Polokwane, with the father being a wealthy businessman in the motor industry for more than 20 years.

Meanwhile, suggestions that the case is not getting enough resources comes down to certain factors.

A source from the UNICEF SA division (United Nations Children’s Fund) told Cape Town etc that “the increase in violence against children and women has been on the rise, despite gender-based-violence movements” in South Africa.

A reason for this, according to their source, has largely to do with the execution by means of law enforcement.

“Every child matters,” they expressed. “But there isn’t a cop for every child, and a degree of sensitivity training needs to be more present in our police force so that more cases beyond the ones that spiral headlines, can be dealt with efficiently”.

That’s why there are two things to consider: Regular perpetrators of most of the crimes in South Africa do not operate within the same spheres that exist in our first-world social media paradigms, and the volume of crimes that occur in South Africa plays a role.

Plus, “the responsibility cannot be placed on the shoulders of civilians raising awareness alone”.

Anyone with information regarding the Moti brothers case has been urged to contact the investigating officer, Captain Ntlane Rasedile, on 082 565 8566 or Crime Stop on 08600 10111.