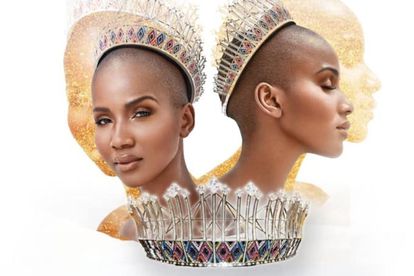 “You have asked and we have listened! We are thrilled to announce that with the new COVID-19 lockdown level one restrictions, limited general access tickets for Miss South Africa 2021 finale show is now ON SALE,” the pageant announced on their social media platform.

You have asked and we have listened! 🤩 We are thrilled to announce that with the new Covid 19 level one restrictions,…

According to Miss South Africa pageant organisers, all spectators need to present either a valid negative COVID PCR test or proof of their complete vaccination card to gain entry into the premises.

The COVID-19 test must be done by the pageant’s accredited testing station Testaro, which costs R850 to perform a PCR test.

Then there is the price tag…R750 will buy you a ticket into the general access area. But the fine print states that you need to buy at least two tickets to attend as “tickets are strictly sold in pairs in order to maintain safety and social distancing”.

And it’s safe to say that fans of the show are not impressed by any of it.

“So basically the ticket is R1500? Plus v passport,” asked one irked fan. “Really? You have to show a vaccination passport? Then I will gladly pass,” complained another.

“You’re basically trying to force people to vaccinate which is an optional thing”, said a third.

Many others claimed that would rather watch the show on TV or stream it online than fork out the hefty fee.

“Even during the pandemic you don’t want to miss out on our last cents,” one said.

And it’s not just the Miss South Africa ticket criteria that have fans irate. The host Anele Mdoda is also a sore point for many.

The media personality made headlines recently when she was accused of body-shaming skinny women in a social media post that went viral.

One follower left a lengthy comment which summed up how she felt about the host’s appointment:

“As a representative of women in South Africa of all walks of life who, you are supposed to encourage women to be supportive of each other regardless of who they are,it baffles me as to why you would use Anele as a host of your organisation, a woman who openly trashes and body shames other women, what about your core values or does that just go out the window because you really aren’t about empowering women but rather your pockets?”

Others called for the 947 host to be axed immediately.

“Remove Anele Mdoda as a host. She doesn’t deserve to be a host” said a second.

A third added: “Take off Anele Mdoda as a host. She has body issues”