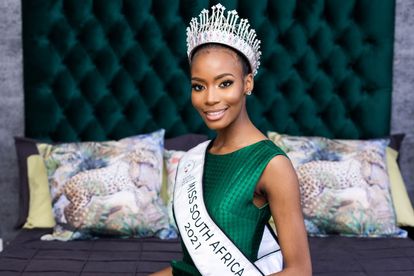 The South African Zionist Federation (SAZF) has lambasted local government for their call to distance themselves from the Miss SA Organisation, who will be participating in Israel at the Miss Universe pageant next month.

SAZF – which is responsible for coordinating all the Zionist activities throughout the country – issued a statement in response to that of Minister of Arts and Culture Nathi Mthethwa over the weekend.

The department announced that it would be withdrawing it’s official support from the Miss SA Organisation, and urged Miss SA winner Lalela Mswane to boycott the pageant over their support of Israel’s “atrocities against Palestinians”.

In a statement made on Monday15 November, the SAZF accused the government of trying to “self-sabotage” the Miss SA Organisation and Lalela Mswane ahead of the pageant which takes place on 12 December in Eilat, Israel.

It stated: “The South African Zionist Federation (SAZF) is appalled that the South African government is self-sabotaging our country’s hopes and chances of participating and shining in an international event just because it happens to take place in Israel.

“Minister of Sports, Arts and Culture Nathi Mthethwa may think that South Africa is making a grand moral statement because the ruling party has been misled by a perversion of facts about Israel, the Middle East’s only democracy, but in fact, our country is simply signaling its isolationism and irrelevance on the world stage.

The SAZF also accused the government of being “one-sided”.

It continued: “While the rest of the world opens up, moves forward, and positively benefits from relations with Israel, including the United Arab Emirates (UAE), Bahrain, Sudan, Morocco and other Arab countries, South Africa is seemingly determined to spite itself and remain on the sidelines of progress.

“If our country were interested in bringing peace to the Middle East, or to carry any moral weight in playing a mediatory role between Israel and the Palestinians, we have now ensured that our one-sidedness and unilateralism will prevent us from doing so.

The SAZF pledged to throw it’s support behind Lalela Mswane who leaves soon for Israel.

It continued: “We call on Miss South Africa to remain firm and steadfast, and bravely to represent South Africa on the world stage and show the world the best of what our country has to offer.

“Let Miss South Africa be a crowning example of someone who promotes peace, engagement and dialogue. Let her go to Israel, witness the beauty of Israel’s democracy, multiculturalism and co-existence between peoples, and bring that example back for our government and beloved country to follow.

The SAZF is not the only organisation to publicly slam the government’s decision. The NGO Stand With Us has also condemned South Africa’s stance, claiming that they are trying to “use a beauty pageant to promote hate”.

The organisation wrote in an open letter: “I call on the South African government to restore its support for Lalela Mswane, winner of Miss South Africa.

“Mswane has been receiving constant online bullying and harassment by anti-Israel extremists. Their hateful agenda calls for the elimination of Israel and undermines all hopes for justice and peace. It is shameful that the South African government has made itself part of the problem, instead of helping Mswane stand up to this hate.

“As arts and culture minister, I urge you to stop threatening Mswane’s future and restore support for Miss South Africa.”

Posted by StandWithUs on Monday, 15 November 2021

The SA Jewish Board of Deputies (SAJBD) have also expressed their “disappointment” in the government’s stance.

Our Minister of Sports, Arts and Culture has been noticeably absent these past eighteen months. He has been largely…

Posted by South African Jewish Board of Deputies on Sunday, 14 November 2021

Posted by Africa4Palestine on Monday, 15 November 2021