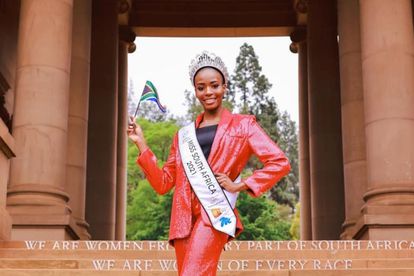 Members of the public and social media continue to express their anger and disappointment at Miss SA winner Lalela Mswane’s participation in the Miss Universe in Israel next month, despite the withdrawal of government support.

Over the weekend, the Department of Arts and Culture issued a strong-worded statement announcing it was distancing itself from the competition, which was taking place under a so-called “apartheid government”.

Following the department’s statement, a number of South Africans took to Twitter to voice their opinions. Many of them directed their anger at Lalela Mswane.

One tweep posted: “Miss SA’s name being Lalela & her not listening to the entire country is honestly just hilarious.”

Another added: “What gets me is that Miss SA Lalela is literally a LLB graduate, she literally studied International law, knows about the atrocities, the flagrant international law violations. Yet picking a piece of metal crown over human rights. Disgusting!”

A third was disappointed at the 24-year-old’s stance:

“Lalela missed an opportunity to stand for something very important, as a black South African woman”.

Others warned the LLB graduate to heed the advice of the government and the majority of fellow South Africans.

“I really hope Lalela has people near her who are telling her not to go. If she goes this will ruin her career before it even starts. She’ll be known as the Miss SA who competed in an apartheid state without the support of SA,” said one tweep.

Others added: “This is a diplomatic misstep. The potential crown is not worth this mess.”

“Lalela, listening to your elders will make your life so much easier and pleasant”.

According to eNCA, Miss SA CEO Stephanie Weil has yet to comment on the matter, but says she will “do so in time”.

In an interview with Radio 702 last week, the pageant head defended their stance on not boycotting the competition. She said on the Clement Manyathela show: “Looking at a boycott, I don’t believe that change is going to be substantially made versus being there and being able to engage and really figuring out how to use her voice..

“Boycotting is not necessarily going to be the way or make a substantial difference. One person is not going to make a change, 70 other countries are attending this event. If she isn’t there, she doesn’t have a voice. She rather be there and bring about change.

“She has her own views, her very own strong voice and she wants to be able to use it.”

Clement, however, took to Twitter in the aftermath to question Lalela Mswane’s intentions.

He responded to a tweep: “I had Miss SA CEO on #TheCMShow last week & that was my first question. She said Lalela is NOT contractually obliged to participate in any Miss Universe pageant. She CHOSE to go. She is well versed on the Middle East conflict & she wants to go, bring out change. Change how? Angazi [I don’t know]”.