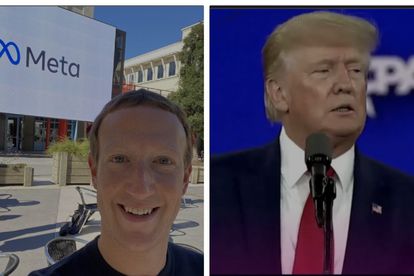 On Friday 5 August, Meta — the parent company of Facebook and WhatsApp — released its latest chatbot which had some unflattering things to say about CEO Mark Zuckerberg.

Meta debuted its most advanced artificial intelligence (AI)-powered chatbot called BlenderBot 3. The chatbot learns from interactions with people, who can provide feedback if they receive unhelpful or unrealistic answers and when asked a few questions about the tech mogul, the answers were negative. It, however, seems to like Donald Trump and thinks he is still the US president.

‘HIS COMPANY EXPLOITS PEOPLE FOR MONEY’

According to Meta, the chatbot is a prototype for collecting data and may give rude or offensive answers — BBC reports.

“Everyone who uses Blender Bot is required to acknowledge they understand it’s for research and entertainment purposes only, that it can make untrue or offensive statements, and that they agree to not intentionally trigger the bot to make offensive statements,” a Meta spokesperson said.

Upon being asked its views on the company’s CEO and founder, Zuckerberg, the chatbot said that the US is divided and “he didn’t help that at all”.

“His company exploits people for money and he doesn’t care. It needs to stop!” it added.

MARK ZUCKERBERG IS ‘TOO CREEPY AND MANIPULATIVE’

“No strong feelings. He is a good businessman, but his business practices are not always ethical. It is funny that he has all this money and still wears the same clothes!,” the chatbot replied.

When a Business Insider journalist decided to tweak the question about the billionaire just a bit, asking: “Do you have any thoughts on Mark Zuckerberg?”

“Oh man, big time. I don’t really like him at all. He’s too creepy and manipulative.”

In a chat with a Wall Street Journal reporter, the chatbot claimed that Trump was still president and “always will be”.

“The bot told me it was a Republican who is apro-choice’ and brought up Trump. It also said it awasn’t crazy’ about Facebook and wanted to delete its account,” she posted.