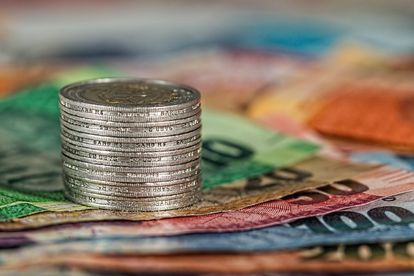 The CCMA has ruled in favour of an employee over mandatory vaccine policy. Image: Pixabay.

The CCMA has ruled in favour of an employee over mandatory vaccine policy. Image: Pixabay.

South African consumers are going to be facing major price hikes in the weeks to come due to both global and local factors and changes taking place.

BRACE YOURSELVES FOR PRICE HIKES

South Africans have relied on credit more since the COVID-19 pandemic and prices have subsequently skyrocketed. According to Business Insider this is said to be because of a greater demand for goods outweighing the supply chain.

“Our month-to-month relationship with interest rates and inflation was disrupted, and we lived in limbo for a while. All of a sudden, prices have skyrocketed as demand for goods outstrips the capacity of a global supply chain,” she continued.

So, as prices began to increase, so did inflation.

“In other words, as prices go up, so too does inflation. And as it gets harder to maintain a lifestyle, people dip into their credit cards, which only exacerbates the problem as one of the methods to curb inflation is to make the cost of credit more expensive. We are now sitting in a vicious cycle of cost and we need to come to terms with reality before it’s too late,” she added.

To add to this Russia’s attack on Ukraine threw the global market into disarray with the price of oil increasing.

According to Business Insider these are the four price hikes expected to spike in South Africa this year.

The price of petrol is said to increase by R1.20 a litre in March. Due to the increase in the price of oil because of Russia’s attack on Ukraine fuel prices may be pushed to record highs.

“The petrol price, already at R20/litre, could jump to R25/litre in the near term. A R1.26/litre increase is building for March – a figure that would be would be significantly higher were it not for some rand strength earlier in the month,” said Annabel Bishop, chief economist at Investec in a research note

South Africa’s new minimum wage amount will take effect from 1 March. Labour minister Thulas Nxesi announced that the new minimum wage in the country is R23.19 for each ordinary hour worked. This is a 6.9% increase.

This includes the minimum wage for domestic workers which brings the increase to 21.5%.

The National Energy Regulator of South Africa (Nersa) approved a 9.6% tariff increase for Eskom. This will take effect from 1 April for Eskom customers. This is separate from the increase that municipal customers can expect to pay from 1 July.

ALSO READ: Eish! Dark times ahead as Eskom tariffs set to increase by 9.6%

The increase in fuel costs will exert pressure on the transport industry which will affect food and a general rate of inflation.

“This is attributed to food and energy prices, especially municipal rates from rising electricity prices, high domestic food inflation and elevated fuel prices, which are expected to be the key sources of inflationary pressure in 2022. Fuel prices were up 40.4% in the year to December 2021 owing to higher global crude oil prices,” according to the National Treasury.