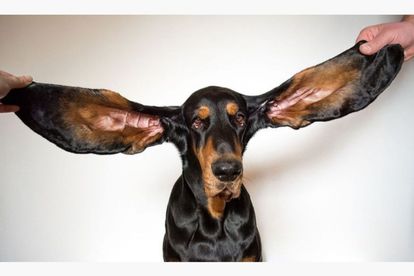 On 23 September, Guinness World Records published a feature about a record-breaking pup named Lou who has the longest ears on a dog in the world.

Lou | The dog with the longest ears

It was love at first sight for her owner Paige Olsen, a veterinary technician from the United States, who simply could not say no to adopting her!

Paige has always joked that Lou’s ears are “extravagantly long”. However, it wasn’t until sheltering in place during the pandemic that she decided to measure them.

As it turns out, Lou did indeed break the record for the longest ears on a dog (living) with each ear measuring 34 cm. Her achievement has even earned her a spot in the new Guinness World Records 2022 book.

“Their long ears drag on the ground and stir up scents when they are tracking out in the field. It makes them great at following long, very old or ‘cold’ tracks that other breeds of dog may not pick up on.”

She checks them once a month for cleanliness and, in the winter, uses a snood (an ear warmer for dog) to keep Lou’s ears from dragging in the snow.

She mentions the snood is “more to make me feel better than it is actually necessary!”

Paige also says that people always have questions about the breed.

“Coonhounds are not very common in this region so I get the opportunity to educate a lot of people on the breed. Of course, everyone wants to touch the ears, they’re very easy to fall in love with just one sighting.”