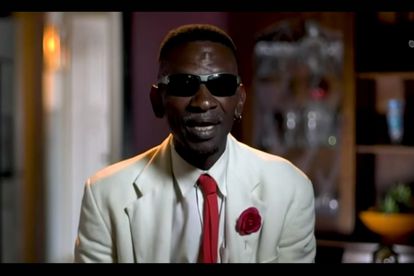 Kamohelo Potsane revealed how he blew R56 million on Mzansi Magic’s ‘I Blew It’. Image via YouTube: Mzansi Entertainment.

Kamohelo Potsane revealed how he blew R56 million on Mzansi Magic’s ‘I Blew It’. Image via YouTube: Mzansi Entertainment.

Former multimillionaire and boxing champion Kamohelo David Potsane, who appeared on Mzansi Magic’s I Blew It recently, has only R20 left in his bank account after blowing R56 million over a period of 10 years.

Let’s take a look on what Potsane spend his millions…

Kamohelo Potsane — who fought under the alias “Mixo” — was at the peak of his career in his 20s as both a boxer and a marathon runner. In addition, he had sports endorsements pouring in from all over the world.

The 56-year-old Potsane was born in Gauteng, but his boxing career took him around the world.

“I travelled the world because of boxing. I went to places I never even knew existed, never mind even dreaming of them,” he said to Drum.

He was reportedly “loved by women” and as a result, he has 22 children from 16 women! His long list of girlfriends include Bridgette Bryant, who sang with Phil Collins.

He married an American advocate, Ophelia, in December 1992. He says he spent a whopping R2.5 million on the wedding with rings worth R45 000. The wedding was held in Rosebank in Johannesburg north.

“On the guest list it was the who’s who because I was getting married to Ophelia. She was working in the USA as an advocate. On my wedding I think I spent R2.5 million,” he said on the show.

However, Ophelia left him when he started “doing funny things” like not sleeping at their Sandton home. The pair have two daughters together.

Potsane believes she returned to the US with their two daughters. His divorce settlement is said to have cost him R13 million but he still had money afterwards.

He revealed that he also spent some time at Buckingham Palace where he lived a lavish life. So, when he returned to South Africa he continued to be a big spender.

“When I lived in the UK, I was exposed to these people. I even spent time at Buckingham Palace and I was living a lavish lifestyle. When I returned to South Africa, I continued to spend the money like it was never going to run out,” he said.

He also added that he was a big tipper and often impressed girls and friends.

“I could easily spend R45 000 in a bar in one night. I spent the money to impress my friends and the girls. Buying an R8 000 bottle of whisky was never a problem. Waiters in restaurants used to fight over me because they knew I was a great tipper,” he said.

Things began to go downhill for Potsane when he lost the South African Junior Middle Weight title in Welkom in 2000.

He then decided to retire from boxing and continue his running, but ran his last marathon in 2010.

WATCH THE FULL EPISODE OF ‘I BLEW IT’

ALSO READ: ‘Get your bag, king’: SA men support Ruan as he guns for Pabi’s millions