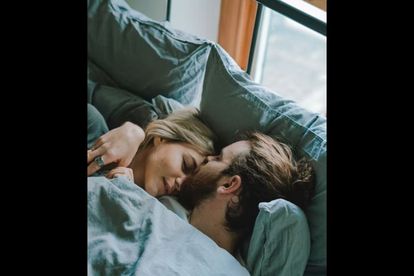 A UK study finds that farmers have the most sex. Image: Unsplash.

A UK study finds that farmers have the most sex. Image: Unsplash.

“#JobsThatHaveTheMostSex” is trending on Twitter today (Wednesday 3 August) after a United Kingdom survey conducted by sex toy manufacturer Lelo revealed that farmers have the most sex followed by the other professions.

PEOPLE IN THESE PROFESSIONS HAVE THE MOST SEX

The Mirror reports that a recent survey was conducted by Lelo on people in selected professions having the most sex.

The study revealed that farmers take the No 1 spot. A total of 2000 men and women were interviewed about their sex lives and their occupations. The study found that 33% of farmers have sex daily.

So, what profession is at the bottom of the list? According to the publication, it is journalists. One fifth of journalists claim they have sex once a month.

Following the study, #JobsThatHaveTheMostSex began trending on Twitter. Mzansi seems to think other professions should be on the list. Take a look at what Tweeps had to say…

“Have you ever worked as a waiter/waitress those people are having SEX,” tweeted @Darrenmocha.

“In the movies they make it seem like Doctors, Pilots and Firefighters have the most sex, not sure how that translates into reality,” tweeted @xolanixego.

ALSO READ: ‘Haven’t had sex in ages’: What we know about Elon Musk’s alleged affair

Tags:
farmers
Featured
Jobs That Have The Most Sex
relationships
sex
Twitter
PreviousNext article
Next article