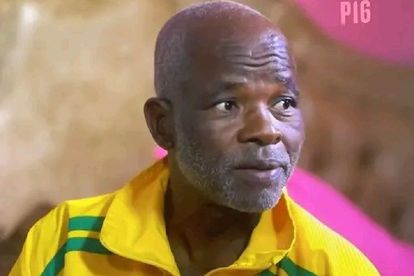 The family of reverend and polygamist Mthandeni Dlamuka, who was a cast member of the controversial Moja Love TV show Isencane Lengane, have revealed his cause of death.

According to Solomuzi Kunene who is the family spokesperson, Bab’ Dlamuka passed away on Sunday, 10 July, due to high blood pressure and diabetes.

BAB’ DLAMUKA CAUSE OF DEATH

Speaking to Drum Magazine, Kunene revealed that the late father started getting very ill on Saturday morning which is when he lost all speech. He passed away the following day.

“The doctor said he passed from high blood pressure and diabetes. He was already on insulin, and he woke up that morning not feeling well. He passed away on Saturday afternoon at around 18:20,” Kunene was quoted as saying.

Dlamuka, who came into the spotlight as teen husband Siyacela’s father in 2019, had revealed on the reality series that he was diabetic.

“Baba wasn’t too old, and he had his diabetes under control. He was hardly ill until last year in June. While in town, he broke his leg from the groin. He has been struggling with the leg and that has restricted his movement and not allowed him to have full control of his chronic illness,” Kunene explained.

ALSO READ: Tributes pour in after passing of Bab’ Dlamuka from ‘Isencane Lengane’

Bab’ Dlamuka’s passing was confirmed by his son and reality TV star Siyacela, who is married to Thando Msomi.

According to Kunene, he will be buried on Friday, 15 July, at his homestead in Ulundi, north of KwaZulu-Natal.

“The burial is this coming Friday at the homestead in Mabedlana. He leaves 25 children, his four wives, as we all know that the fifth wife [Siyacela’s mother] passed, and about 40 grandchildren.

“They are all trying to come to terms with his death. It is not easy, but we will be okay,” he added.