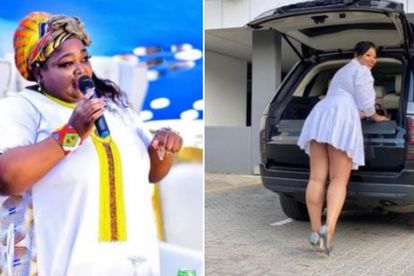 Advocate Ike Khumalo ignited a Twitter storm after a TikTok video clip of him lashing out at the size of Zulu Queen Ntokozo Mayisela and media personality Anele Mdoda surfaced on the social media platform.

IOL reported on 19 August 2022 on the court appearance of Khumalo who is accused of inciting public violence relating to the July unrest and looting in KwaZulu-Natal and Gauteng last year.

Khumalo, who goes by the Twitter handle The_Charmstigator, has opened the Twitter dance floor for a hot debate on obesity, body shaming and “speaking ill” of the Zulu royals. Take a look…

“This is disrespectful to woman & the Zulu Nation.”

Comments came flying in thick and fast after that, with some Tweeps getting VERY hot under the collar, weighing in on obesity, body shaming and the Zulu royals.

@AndileGogoda: “As I have seen that video of Ike Khumalo insulting and mocking black women like Anele Mdoda and the Zulu Queen calling them 4 corners, unattractive and unshaped. To all women with big bodies you are beautiful and we love you. Ike and his gang are haters!”

@Afr1kan_Child: “Somebody tell this guy that we don’t speak ill of the royals in South Africa, especially videos like this.”

@Sabza200BC: “Uzohlawula Lo. He must wait to be called at the Zulu Royal palace to explain his disrespect to the Zulu Queen in public. He should have kept that opinion to himself. We have opinions about other people too, but body shaming in public is NOT on Khumalo. Prepare to be served.”

@LiberalsAreNaiv: “General statements are ok, everyone has his/her preference. It goes South when you start mentioning names, attacking a person who has nothing to you. Misuzulu’s wife has done nothing to him to deserve this attack. Ike is a straight talker, but this is…”

@JackySelebi: Not when it comes to someone’s wife, as a man you should now this. We don’t speak against another man’s wife’s looks. She’s literally off the market. Why is he looking at her with analysis eyes. Real men don’t do this. In a man’s world another man’s mother or wife are off topic.

ALSO READ: ICYMI: The first ‘white Zulu Queen’? What we know about ‘Amelia’

@Abutii_Ola: “Women talk about men’s heights and make up stereotypes about men’s skin complexion and manhood. When women say “go see men’s clinic” it’s fine a laughable, so why is it wrong when men say something?”

Some Tweeps, however, agreed with Khumalo…

@KayWorld_93: “Obesity is unhealthy bro, people need to hear this.”

@MostHighDude: “Chill dude! Diabetes, HBP, cancer, heart attack are just a few chronic illnesses due to obesity. This isn’t a matter of beauty standards, it’s a matter of HEALTH standards. She’s morbidly obese & it’s not offensive to point out a potential health disaster that could kill her.”

Anele Mdoda fans were tweeting their love and admiration for the media personality and radio host, calling her “hot for decades” despite Khumalo’s words.

After the thunder and lightning of the Twitter storm, caused by his video clip, Khumalo made a speedy yet surprising U-turn, apologising for his words…and singing the praises of the Zulu Queen!