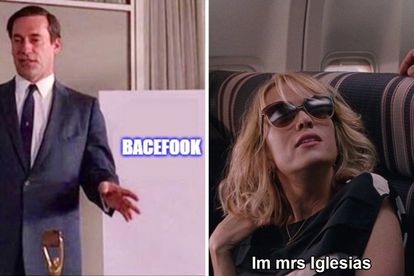 The internet responded to the news that Facebook might be changing its name, with some hilarious memes, jokes and of course suggestions for Mark Zuckerberg to consider:

The idea of a new name for the popular site sparked plenty of interest online after an exclusive report from The Verge revealed that the coming name change, which CEO Mark Zuckerberg plans to talk about at the company’s annual Connect conference on 28 October, but could unveil sooner, is meant to signal the tech giant’s ambition to be known for more than social media and all the ills that entail.

The rebrand would likely position Facebook as one of many products under a parent company overseeing groups like Instagram, WhatsApp, Oculus, and more. A spokesperson for Facebook declined to comment on their exclusive story, but Zuckerberg did tell the publication earlier this year that they will “effectively transition from people seeing us as primarily being a social media company to being a metaverse company.”

It is further reported that a rebrand could also serve to separate the futuristic work Zuckerberg is focused on from the intense scrutiny Facebook is currently under for the way its social platform operates today.

A former employee turned whistleblower, Frances Haugen, recently leaked a trove of damning internal documents to The Wall Street Journal and testified about them before Congress. Antitrust regulators in the United States and elsewhere are trying to break the company up, and public trust in how Facebook does business is falling.

People responded by saying that a name change isn’t getting at Facebook’s actual issues.

The Verge reported that a possible name could have something to do with Horizon, the name of the still-unreleased VR version of Facebook-meets-Roblox that the company has been developing for the past few years, to which Star Trek‘s George Takei responded: “Just in, Facebook, taking its cue from ‘Ye’ (formerly Kanye), will rename itself ‘Ok.'”

Another person wrote, “I just came up with a name that is sleek, concise, future-oriented, and does not appear to be taken by any registered companies. How does ‘Enron’ sound?”