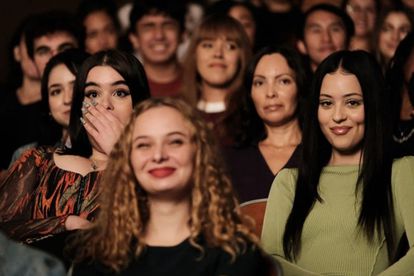 If you’re an avid fan of HBO series Euphoria, you’re definitely have an opinion on the season two finale

The eight and final episode of the season was released on Monday, 28 February and trended online over all its dramatic twists and turns

The hit teen drama- which stars Zendaya, Jacob Elordi and Sydney Sweeney amongst others – streams in South Africa via Showmax.

Sadly this episode saw Fez’s younger adopted brother Ash being shot and killed by police after a violent stand-off.

The young boy died after he refused to flee his home following a gruesome murder he committed.

Many tweeps have hailed the tragic scene and unbreakable bond the brothers shared.

CASSIE CATCHES A BEAT DOWN FROM MADDY

After Cassie took to the stage, Maddy stunned the crowd by following suit and attacking her in front of their peers.

The fight continued in the school hallways, where Maddy was cheered on to beat up her former bestie.

Rue approacheD Elliot in a bid to thank him for “snitching” her out on her drug relapse. In response Eliott sang her a song he wrote of their unfortunate friendship.

Hilariously, this scene went viral with many tweeps making memes out of the heartfelt performance.

Even the actor who plays Elliot – Dominic Fike – commented on the backlash.

“The Internet remains undefeated” he said on his Instagram Stories.

Sadly Jules’s attempt to reconcile with Rue did not happen this season.

Many tweeps have also claimed that the transgender character has suffered unneccessary hate in the storyline due to her complex character.

Euphoria writer Sam Levinson received a ton of hate from tweeps who were annoyed at the storyline and finale.

RUMOURS ‘EUPHORIA’ SEASON THREE IS ONLY COMING IN 2024

Euphoria fans will sadly have to wait until 2024 if they want clarity on their unanswered questions.

But tweeps are not impressed with the two year waiting period.