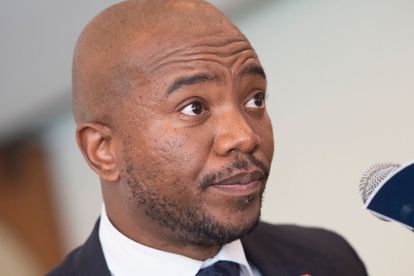 It’s that time of the year again, when eTV pulls out it’s go-to – and most likely overused tape of their favourite film of all time: Anaconda

The broadcaster is famed for airing the 1997 film about a killer snake in the South American jungle.

In fact, it’s safe to say that eTV has developed an obsession with the movie starring Jennifer Lopez, Ice Cube and John Voight.

But whilst eTV see nothing wrong with torturing us with another rendition of Anaconda, dozens of viewers have had enough.

And included in the irate group of South Africans is One SA Movement (OSA) party leader Mmusi Maimane.

It all began when eTV teased it’s weekend movie on it’s Twitter account. The broadcaster tweeted a picture of a large snake constricting a man with the caption: “Can you guess this Saturday’s 8PM movie?”.

The tweet elicited a ton of reactions from tweeps, who were annoyed at the prospect of watching Anaconda for the gazillionth time.

Enter Mmusi Maimane who clapped back not only at having to endure Anaconda again, but at eTV’s less-than-stellar programming.

He tweeted: “You are behaving like the ANC now. You can’t still be showing Anaconda in 2022”.

Interestingly, a few years ago eTV promised its viewers that it would be broadcasting Anaconda for the last time as a “final premier”.

ALSO READ: eTV goes Nando’s on Pearl after she slams their ‘Anaconda’ obsession!

Joining Mmusi Maimane were scores of South Africans who bemoaned the broadcaster and it’s lack of diversity.

“You guys are still playing this movie. Let me give you my external drive and take some of the latest movies”

“A few years ago, you guys said you’ll end airing Anaconda movies cause you’ve played them too much. Now you’re bringing them back? South African channels love delivering low quality content to its viewers”

But despite the largely irate reaction, eTV used their trending status to clap back at critics.

It tweeted from its official account: “We hope you find someone to love you as much as we love #Anaconda. Clearly, we aren’t afraid of snakes”.