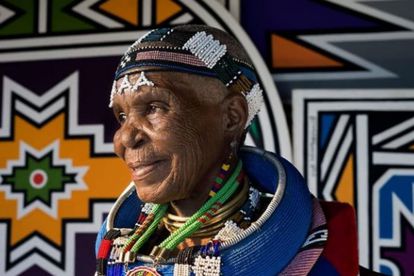 Here is the latest news in South Africa on Saturday 23 April 2022. Photos: Screenshots from video

Here is the latest news in South Africa on Saturday 23 April 2022. Photos: Screenshots from video

World-renowned Ndebele artist Esther Mahlangu was brutally attacked on Saturday 19 March after an unknown man entered her Mpumalanga home. Images of a bruised and beaten Mahlangu were posted to Twitter on Wednesday 23 March which left tweeps heartbroken.

ESTHER MAHLANGU ATTACKED IN HER HOME

As per the South African Police Service (SAPS), Esther Mahlangu was preparing to take a nap when she noticed a man inside her house. Mpumalanga SAPS spokesperson Brigadier Selvy Mohlala said the man allegedly grabbed and punched her in the face before trying to strangle her.

“The woman sustained some bruises on her face and the matter was reported to police at Siyabuswa whereby a house robbery case was opened, hence the manhunt.”

The man ran off with her gun and an undisclosed amount of money.

Speaking to SowetanLive, the 87-year-old artist said: “I could have shot him…It’s been years since I last used the gun because it’s not something that I carry or use every day but I can load it and protect myself when I have to.”

On Wednesday 23 March, South African Twitter users were left heartbroken after images of a bruised Esther Mahlangu surfaced on the app. The images were posted by Twitter user @Jaresh012.

The Twitter user captioned the photo: “People are heartless now”.

Reacting to the pictures, one tweep wrote: “This is really heartbreaking. Our society is so violent and it’s sad that one can’t control how the other person thinks.”

“Mob justice should be legalised for such cases. Why beat up an old woman?” wrote another tweep.

The talented artist told SowetanLive that she hopes to have security at her gate soon.

“There was no way anyone would gain entry into the yard unseen if there was a security guard.”

“It would be better if there’s someone seeing everyone that comes in and out of the property,” said Mahlangu.