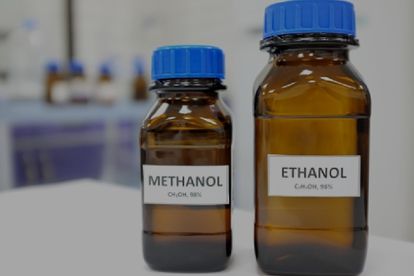 A preliminary toxicology report states the 21 Enyobeni teenagers who died, were found with methanol in their blood. Image via Unsplash

A preliminary toxicology report states the 21 Enyobeni teenagers who died, were found with methanol in their blood. Image via Unsplash

On Tuesday 19 July, the Police Ministry, along with the Department of Health and the Eastern Cape provincial government, held a toxicology report briefing on the death of the 21 teenagers who died at Enyobeni Tavern, in East London, last month.

According to the report, the 21 young people who died, were not killed due to a stampede, over-consumption of alcohol or carbon monoxide poisoning. The latest update given is that methanol was reportedly found in the blood of all 21 victims.

Although this is the case, Dr Litha Matiwane from the Eastern Cape provincial department of health, highlighted that the results are inconclusive and methanol has not yet been ruled as the cause of death.

“Tests conducted by a Cape Town lab found alcohol and carbon monoxide in the victims’ blood but not at deadly levels. The lab also found methanol in the blood of all the victims, and further testing is underway to determine the levels.

“What we found was for blood alcohol levels, levels ranged from 0.05 grams to 0.26 grams per 100 millilitres, which itself is not conclusive for lethal toxicology.

“As for carbon monoxide, levels of the saturation of haemoglobin in the blood ranged from 3.3 to 21%, well below the lethal marker of 50%,” Matiwane explained.

According to the Centers for Disease Control and Prevention (CDC), methanol has many names. The toxic chemical agent is also called methyl alcohol, carbinol or wood alcohol.

Methanol is used industrially as a solvent, pesticide, and alternative fuel source. It can be found in anti-freeze, sanitisers, building materials, car parts, plastics and paints.

In most cases, methanol poisoning occur as a result of ingesting drinks contaminated with this chemical or from drinking methanol-containing products. But, inhaling high concentrations of methanol or skin contact can also be as dangerous as ingesting it.

WHAT DOES METHANOL DO TO THE BODY?

As per a 2014 News24 article, methanol can be found in illegally or home-brewed alcohol.

While alcohol used in normal legally brewed and sold liquor is called ethyl alcohol or ethanol, it only differs from methanol by one carbon and two hydrogen atoms. This is enough to cause a critical difference in the liver’s ability to metabolise it.

When one ingests a methanol-containing product, the liver converts methanol into formaldehyde, which causes a build-up of formic acid. As a result, the ocular/optic nerve in the eyes gets damaged, leading to blindness.

Other symptoms include drunkenness, dizziness, headaches, vomiting, seizures, acute mania, amnesia and liver failure. When ingested in large quantities, it can lead to death.

In the wake of the Enyobeni tragedy that took place at Scenery Park in East London on 26 June, a 17-year-old survivor whose two friends died in her arms, opened up about the tavern nightmare.

During an interview with Tru FM, the survivor — who opted to remain anonymous — said she saw the “birthday party” post trending on social media and decided to attend with two of her friends. The teenager also confirmed that most of the people who were at the party, were underage and that they were being served free alcohol and food.