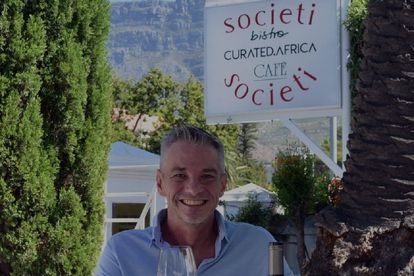 Popular Cape Town restaurant Societi Bistro, which has played host to Hollywood stars such as Hugh Jackman,  has been hit with allegations of a sex scandal with its owner, Peter Weetman, at the centre of the storm.

According to the Weekend Argus, so far six men who worked at the restaurant, have accused Weetman of sexual harassment, grooming, manipulation and assault.

The publication reports that Weetman, as well as some wealthy businessmen and celebrities, allegedly took advantage of some of the waiters who work at the restaurant. It is alleged that recently when things got out of hand, police had to be called in.

Some of the waiters described the restaurant as a brothel in disguise.

One former waiter, whose name is Jonathan Saunders, told the outlet that the alleged harassment already started when he was interviewed for the job.

“Peter offered me R1 500 to sleep with him that very same evening,” the 29-year-old Saunders alleged.

Further explaining, Saunders said he declined that offer. However, that resulted in his time at Societi Bistro being uncomfortable and rocky.

“He made a lot of jokes thereafter like: ‘You would have a better night with me than the person you’re currently with.’

“I didn’t think these suggestive jokes were funny,” he said.

As per the publication, Saunders is not the only one who has accused Weetman of sexual harassment or manipulation.

According to a 20-year-old former waiter at Societi Bistro, who asked not to be named, Weetman allegedly used him as a pawn to make his male customers jealous.

“He would like ask me to hang on him or to give him a kiss on the cheek in an attempt to make his other customers jealous. He also made it very clear that I should avail myself 24/7 and always be ready to fulfil his sexual needs,” he claimed.

The former employee also detailed how he was fired after refusing alleged sexual advances made by Weetman.

“After my shift ended, at 1am, we cashed up and he summoned me to his office. He told me he was going to ask me questions about the menu and every time I got something wrong, I had to remove a piece of clothing.

“He then said: ‘Do you want to get fired? If you don’t let me suck your d**k, you can take your stuff and leave’.”

Meanwhile, a Democratic Alliance (DA) youth member also claimed he was treated unpleasantly and offered an escort against his will.

“Peter would organise me escorts, even if I said: ‘No, thank you’,” said the DA member.

In a separate incident, another employee claimed that celebrity chef and Come Dine with Me SA contestant Aubrey Ngcungama sexually assaulted him at the restaurant. The employee revealed that Ngcungama grabbed his crotch numerous times.

Following the claims, the Weekend Argus reached out to Ngcungama who admitted to groping the employee’s genitals.

“On some occasions I had too much wine and behaved inappropriately, and that is something I regret and I apologise for that. It’s what it was; I definitely misbehaved and I apologise,” he reportedly sai

It is not clear if Ngcungama was an employee or customer when the incident took place.

Weetman told the publication that he is aware of the allegations, but he denies sexually assaulting or manipulating employees. He also denied pimping his waiters out to guests.

“If a male waiter was feeling uncomfortable, then we’d rather swop out and let a female waiter take over, if the patron happened to be a gay male,” he said.

“If the female was uncomfortable, I would then step in. If that didn’t work and it became completely unbearable, I would ask the guest to leave.

“I admit that’s not perfect science and I should have protected my waiters more, and maybe asked people to leave.”

Weetman also admitted that the situation is complex and he has failed to fix it.