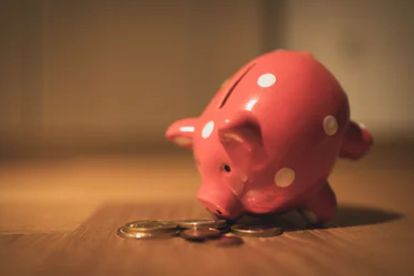 A well-known and feared responsibility in Mzansi… festive season black tax! With the festive season upon us, many are using their hard-earned money to buy lavish gifts and heaps of groceries to support their families.

Black tax refers to the obligations of first-in-the-family college graduates, professionals, or others who “make it” to assist their family members financially.

This leaves many people in debt – especially if they did not plan or save for this occasion during the course of the year.

WHAT THE PROFESSIONALS HAVE TO SAY ABOUT FESTIVE SEASON BLACK TAX

According to financial coach Phelisa Siboyana, festive season black tax leaves some starting the new year on a grim note.

“The weight of black tax becomes heavier during the festive season. It is even more so if your family will be having a big celebration such as someone’s coming of age, a funeral or a wedding. As the family member who is seen to have a lot of money, you will be expected to chip in quite a lot.”

Talking to Sowetan Live, Siboyana explained that people need to plan for this in advance. Receiving December salaries early can lead to an extremely dry and stressful Januworry.

“The best thing to do is to start with your budget. That’s what will inform what you can and cannot do this festive. Don’t spend money hoping that somewhere, somehow you’ll get more money in January because you won’t.”

Relationship expert, Tshego Moholo says the key to getting through this is communication. If you cannot afford the things your family is requesting… tell them!

“Clearly communicate your financial boundaries with your family. Sit down and draft a budget together about what is needed and how much you are willing to put on the table. And if that budget is finished, then it’s finished.”

It is important for families to understand the situation. Explaining your situation and offering alternatives, if your budget allows, is how Moholo suggests you go about it.

“A lot of us come from humble beginnings or families where we are expected to contribute. As such, it’s important to communicate what you will be able to do because a clear-cut ‘no’ may come across as if you don’t want to help or that you think you’re better now that you work in the big city. Stating what you can do with the little you’re willing to give can save a relationship.”

You need to take control of your financial situation as to not land back where you came from. Money is always a heated topic, but it shouldn’t be, says Moholo.

“Money is a very sensitive topic within families, especially if you have been doing it for a long time and you never complained. Don’t wait until there is a request or a need to say that you don’t have money.”