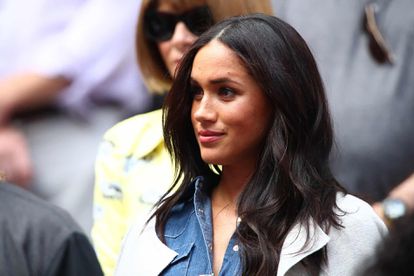 Meghan Markle is opening up like never before, revealing how her and Prince Harry’s son, Archie, narrowly escaped a fire that had broken out in his room during their 2019 visit to South Africa.

Markle launched her podcast Archetypes alongside her close friend, tennis champion Serena Williams, who was her first guest. Fortunately, Archie wasn’t in the room at the time of the blaze.

Meghan Markle said Archie was only four months old during their tour of southern Africa and the royal couple had just landed in Cape Town. They had to drop off their baby at the housing unit they would be staying at before heading off to an official engagement in Nyanga.

“There was this moment where I’m standing on a tree stump and I’m giving this speech to women and girls, and we finish the engagement. We get in the car and they say: ‘There’s been a fire at the residence’,” Meghan said.

She added that the nanny had actually planned to put Archie down for his nap, but opted to get a snack first before doing so.

“And she was from Zimbabwe and we loved that she would always tie him on her back with a mud cloth. And her instinct was like, ‘Let me just bring him with me before I put him down’,” Meghan said.

The heater in the nursery room had caught fire and there was no smoke detector.

“Someone happened to just smell smoke down the hallway ― went in, fire extinguished. He was supposed to be sleeping in there,” she said.

Meghan said despite what had happened, they were still expected to stick to the schedule and continue with their duties.

“Of course, as a mother, you go, ‘Oh, my God, what?’ Everyone’s in tears, everyone’s shaken,” she said. “And what do we have to do? Go out and do another official engagement.”

“I said, ‘This doesn’t make any sense. Can you just tell people what happened?’ And so much, I think, optically, the focus ends up being on how it looks instead of how it feels.”