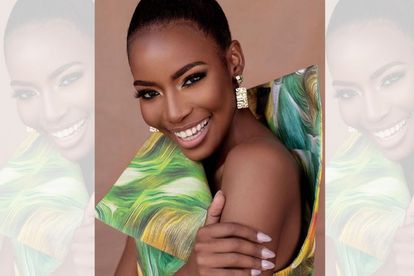 While Miss South Africa 2021 is deciding whether to continue her participation in the Miss Universe 2021 in Israel, Palestinian solidarity organisations have said that the Miss SA trademark will become “complicit in human rights violations” if their calls to withdraw from the Miss Universe pageant are not heeded.

Miss South Africa 20201, Lalela Mswane has been facing increasing pressure to bow out of the Miss Universe pageant set to take place in Eliat, Israel on 12 December 2021. Now, civil rights organisations Africa4Palestine and Palestine Solidarity Alliance amplified their demands by taking their protest to the Nine Squared Communications building in Rivonia, Johannesburg, on Friday, 12 November.

According to City Press, the organisations reiterated their sentiments to boycott the pageant by calling out Weils in particular.

“We are saying to Stephanie that we are not clowns; we are not going to let that brand go and misrepresent us,” said Africa4Palestine board member Bram Hanekom. “Miss Stephanie is the Miss SA we are talking to. Our country has downgraded diplomatic relations with Israel. We do not have an ambassador there. How can we allow a privately owned trademark to go and misrepresent and embarrass our nation?”

“That trademark becomes redundant the moment they proceed with this. That organisation does not represent us and if they fail to make the correct decisions they are falling on the sword,” he said.

“I do not think anyone is trying to strong-arm her from participation. We are trying to say that if she partakes in the pageant it would be an active participation in enabling Israeli occupation in Palestinian territory. We do not want her to be complicit in crimes against humanity,” said Msomi.

Meanwhile another demonstrator, Muhamed Summad said that they are calling for Mswane to not compete on stolen land.

“Israel is an apartheid regime, if you are not a Zionist supporter you get kicked out. We are not imposing on her a choice; if she wants to she can go,” said Summad.

Others amplified their views with “Apartheid Israel does not deserve to see your beauty” boards.