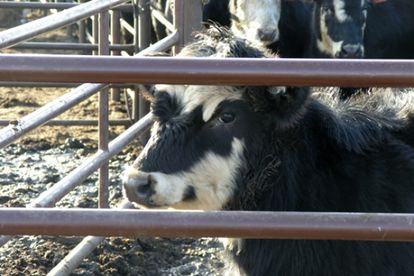 While research in South Africa is slim, because of industry secrecy (see this survey of antimicrobial usage in animals in South Africa with specific reference to food animals in the Journal of the South African Veterinary Association), some suggest that our poorly monitored local regulatory system, places us in a similar situation to countries such as the United States.

It is feared that the overuse of antibiotics compromises our immune system and can also lead to the rise of superbugs. Bacteria that in pre-antibiotic days may have been fatal are on the rise again. New, hard-to-cure, lung-dissolving illnesses threaten children. Flesh-eating diseases have infected sportsmen and women. Scientists studying emerging antibiotic-resistant, fast-killing super-bugs are ringing alarm bells. The issue of drug-resistant microbes is now posing a danger not only to personal well-being, but it is also putting increasing strain on the country’s health system.

While the government may prescribe our personal use of antibiotics, it is not so strict with the powerful meat and dairy industries. Farmers are piling antibiotics like tetracycline and penicillin into animal feed.

Local meat and dairy producers would have us believe that unlike the dismal factory farms of the USA and China, our cows are raised in the herding traditions that our parents and grandparents practised.

In contrast to that more gentle agricultural heritage, the vast majority of our animals are now fattened for slaughter not in pastures of leafy grass, but in feedlots. This is to maximize profit, but with insufficient regard for the health risks.

Meat and dairy producers argue that these methods keep the price of meat and milk down, but are they not burdening us and future generations with the spectre of a backward leap in healthcare to the pre-antibiotic era when a mere sore throat, or the infection developed by a mother delivering her child would have been a potentially deadly prospect?

Upwards of 80 percent of South Africa’s cows go through feed-lots, according to Tozie Zokufa, of the Pan African Animal Welfare Alliance. Young animals between the age of seven and eighteen months are taken to spend the last four months of their lives in these densely packed places.

In these cruel and dirty conditions, without the routine supply of antibiotics mixed into the feed, there would be regular outbreaks of sickness.

Whatever is on your braai is not as well protected from contamination as the meat South Africa supplies to Europe, which demands far stricter quality assurances than local government demands for our domestic market.

“In South Africa alone there are 234 registered antimicrobials for veterinary use,” says Precious Ncayiyana, a pharmacist who runs healthy eating campaigns. “By law, only 28 percent of antimicrobials require veterinarian’s prescription. The other 72 percent are allowed to be procured as stock remedies for feed animals with no prescription required.”

Local meat producers explain that antibiotics are part of a humane practice to enhance health, reduce stress, pain and suffering.

But Ncayiyana explains that drugs which should be withdrawn within specific time frames before slaughter are probably often not, because there aren’t enough inspectors to check. “It is only taken for granted that this is happening.”

Health reasons aside, are these farming methods the heritage that we want to leave for our descendants?

For peace laureate Archbishop Desmond Tutu, this system, where upwards of two billion non-human animals are killed annually in South Africa for food, has prompted him to say:

“Our dominion over animals is not supposed to be despotism. We are made in the image of God. But God – in whose image we are made – is holy, loving, and just. We do not honour God by abusing other sentient creatures.”

Our meat consumption is at a terrible cost to the lives of the animals we sacrifice for our food. Moreover animal husbandry is a driver of global climate change.

We have largely shaken the heritage of racism and sexism, forced child labour and corporal punishment. However, we have developed agricultural methods that have resulted in conditions for animals more reminiscent of a slave ship, or of filthy medieval towns of stinking open sewers.

It doesn’t have to be like this. People like Ncayiyana and Tozie Zokufa work to promote care and respect for animals that extends beyond economic value.