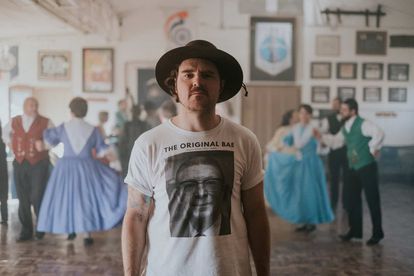 The power of human connection

The song expresses Bouwer’s passion for the culture of ubuntu, and belief in the power of human connection. He wrote the song in March this year during a getaway in the Drakensberg Mountains.

“I wanted to write a song that reminds people that we are more alike than we are different. As South Africans, we live in a very unique country with 12+ cultures and languages. Instead of being attached to and precious about our own cultures, we should see it as a blessing that we are able to interact with people from such varied backgrounds every day. It makes for a rich and rewarding cultural tapestry,” he explains.

To drive this inspiring message home, Bouwer joined forces with two formidable singers, Gazelle en Freddy L, who each contributed their own verses to the song.

“It was beautiful to have a group of artists all coming together, sharing and creating something uniquely South African that transcend their individual cultures – something beautiful that we all co-own and form an integral part of. I believe that there is strength in diversity, both in nature and in society, and that we are all interconnected and inseparable. My contribution to the song speaks to the fact that love is the magnetic force that forms unity,” says Gazelle.

Freddy L, who won the hearts of South African audiences during the second season of The Voice SA, says the process of writing the song, which sought to honour yet transcend the writers’ individual cultures, was an eye-opener for him.

“We each worked on our contribution separately, writing about the love we share for our country. I believe the message the song carries is comforting and understanding. My hope is that people will be both uplifted and challenged by it,” he enthuses.

The music video that accompanies the song includes dance scenes featuring the talents of a Pantsula group, an Afrikaans folk dancing group, as well as a Xhosa dancer.

“In essence, Liefde Love Uthando is a metaphor for our relationship with our communities, cultures, history, future, and ultimately, our country as a whole. Our goal was to share our hope for a brighter future and show our love for the things that bind us all together, rather than that which pushes us apart,” Bouwer explains.

To ensure that listeners would not be able to resist the urge to get to their feet and bust a move when they heard the song, Bouwer roped in Concord Nkabinde, a very talented bassist who had the honour of working with Johnny Clegg, Abdullah Ibrahim, and Vusi Mahlasela in the past.

Bouwer says it was a very special experience to be able to work alongside the talented musicians and dancers who all contributed to the song and video.

“As South Africans we are currently navigating a very difficult and confusing time in our nation’s history. Online platforms are filled with hurtful rhetoric and clashing opinions about BLM, and our complex history has brought us to a point where the polarisation of our people has become a type of currency,” says Bouwer.

“It’s very easy to turn people against one another than it is to create an atmosphere in which hope, and forgiveness can prosper in mutual recognition, acceptance and appreciation of one another’s cultures and identities. Our hope is that Liefde Love Uthando will inspire this type of action.”

You can find the song over here: