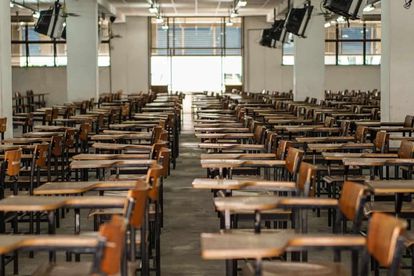 A reminder to all those matriculants from 2022 wishing to have an exam paper remarked that the deadline for applying to do so is this week. Image via Adobe Stock

A reminder to all those matriculants from 2022 wishing to have an exam paper remarked that the deadline for applying to do so is this week. Image via Adobe Stock

The provincial education departments have kick started their spring camps for all Grade 12 learners as they gear up to sit for their final National Senior Certificate (NSC) exams.

The camps serve as a revision platform and bridge content gaps in all subjects before learners start their exams on 31 October.

According to the North West Education Department, 30,224 Grade 12s are set to benefit from the extra classes, which started on Friday, 30 September. They will conclude on Sunday, 9 October.

The department said the camps will be spread across 102 venues, 70 of which are residential and 32 walk-ins.

The North West MEC for Education, Mmaphefo Matsemela, has assured the parents that learner safety will be prioritised throughout the camps.

“On behalf of the department, I would like to thank teachers and learners for availing themselves. I would like to encourage parents to allow learners to come for the camps and study with their peers for them to fully understand their content, revise and learn with others,” she said.

Matsemela said meals will be provided for learners.

The provincial department said it has also made provision for generators that will be run as backup power in case of load shedding.

The matriculants’ last exam will be written on 7 December.

ALSO READ: Matric achiever off to Harvard after passing with nine distinctions

Meanwhile, KwaZulu-Natal is also hosting its own boot camps.

“This programme is organised by the department to assist Grade 12 learners with revision and preparing matric candidates for their final school examination after 12 years of schooling,” the KwaZulu-Natal Department of Education said.

The KwaZulu-Natal MEC for Education, Mbali Frazer, has encouraged learners to be focused and to strictly follow a study timetable.

She has expressed her gratitude to the teachers for making the sacrifice to give up their spring holidays to continue tutoring matriculants.

According to TimesLive, the Gauteng Education Department planned 30 residential camps for 15,000 pupils as part of its secondary school improvement programme.

The Limpopo Education Department said the aim is to mobilise parents, guardians and stakeholders to rally behind the Class of 2022.