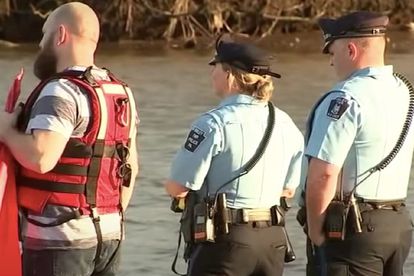 Adventures with Purpose, a YouTube channel with over 2 million subscribers, are heroes to the Amabile family after they found the remains of their family member, James Amabile, who reportedly went missing almost two decades ago in Pennsylvania, America.

ALSO READ: Have you seen this missing George woman?

YOUTUBE DIVERS DISCOVER A CAR WITH HUMAN REMAINS IN IT

Making the announcement during a livestream on their channel on March 20, the divers said they were confident that they’ve solved this case which had gone cold.

“We are confident we have discovered not only Mr Amabile’s vehicle, but his human remains as well.”

– said Doug Bishop, one of the divers

The team – which according to the Business Insider are no strangers to such cases as they found a woman’s car submerged in a Florida pond 10 months after she was reported missing in February this year – explained how they found Amabile’s car.

“After searching several waterways our investigation took us to Stingers waterfront where 18 years later we were able to utilize technology not available at the time of his disappearance, to uncover a submerged vehicle in Darby creek 200 yards away, 24 feet beneath the surface,” they wrote on their YouTube channel.

Watch Adventures with a Purpose below announcing the discovery below:

In a statement released on Facebook, the Ridley Township Police Department confirmed that the license plate matched a missing person entry from December of 2003. They also confirmed that a man’s body was found in the car. Furthermore, they explained that the human remains are being examined for positive identification.

“The Delaware County Medical Examiner’s Office is examining the human remains for positive identification. At this time we will not be releasing the identity of the missing person. The family has been advised of Police findings. Due to the sensitive nature of this discovery, the missing person’s family requests privacy while the investigation is ongoing.”

According to Philadelphia Inquirer, the brother of the missing man, Stephen Amabile, believes that the human remains match his brother’s DNA.

“It’s my brother. They found him,” the publication quoted him as saying.

He also explained that his brother had left his residence in the late afternoon of 12 December 2003 after oversleeping and rushing out to pick up his two daughters (ages five & eight at the time) from the babysitter. He had called the babysitter stating that he would be there within 5 minutes, but he never arrived and was never seen again.