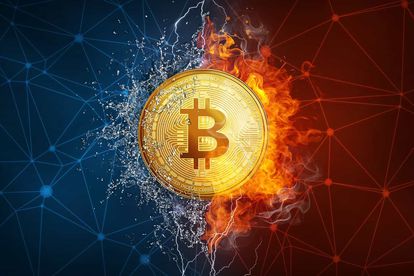 Today’s digital world requires passwords for everything from opening your cellphone to accessing your banking details, and most of us have forgotten an important password at some stage. When this happens, we simply click the “Forgot your password?” option, reset our password and boom – we’re in.

However, this method of retrieval doesn’t always work for everyone, particularly if you are a Bitcoin millionaire.

According to a recent article in The New York Times, there are several Bitcoin millionaires with piles of the cryptocurrency that they cannot access due to forgetting their passwords.

One Bitcoin millionaire who lies awake at night

One such money-maker is Stefan Thomas, who is sitting on a stash of Bitcoins that are estimated to be worth between $220m and $240m (R3.3bn to R3.6bn).

According to The New York Times, the password will let him unlock a small hard drive, known as an IronKey, which contains the private keys to a digital wallet that holds 7,002 Bitcoins.

“The problem is that Mr Thomas years ago lost the paper where he wrote down the password for his IronKey, which gives users 10 guesses before it seizes up and encrypts its contents forever. He has since tried eight of his most commonly used password formulations — to no avail.”

Now, Thomas only has two shots left. Talk about panic — and Thomas admitted he often lay awake at night thinking about it.

Locked out of their Bitcoin fortunes

The volatile nature of Bitcoin – the sharp rising and falling at the drop of a hat – means people need quick and easy access to their funds. Being locked out of their Bitcoin fortunes as a result of lost or forgotten keys means they are unable to cash in on their digital wealth.

Reports say that, of the existing 18.5 million Bitcoin, about 20% or $140bn (R2.1-trillion) has been lost or left in accounts that cannot be accessed.

Another Bitcoin millionaire’s tale of woe

Another stressed-out Bitcoin millionaire is Brad Yasar, who says he has “mined” thousands of Bitcoins over the years and is also losing sleep over the fact that he cannot access the funds, which are now worth hundreds of millions of dollars, due to forgetting the passwords.

“Through the years I would say I have spent hundreds of hours trying to get back into these wallets,” Yasar said. “Now I have put the hard drives containing them in vacuum-sealed bags, out of sight.”

With only three chances at accessing the wallets, he’s not going to take a chance.

You win some, you lose some

Gabriel Abed also has a tale of woe to tell. The 34-year-old lost 800 Bitcoin (now valued at about $26m or R393.8m) when a colleague reformatted a laptop that contained the keys to a Bitcoin wallet in 2011.

However, lady luck seemed to smile on him, and after he bought hundreds of other Bitcoins, he made another fortune and recently bought a 40ha plot of oceanfront land in Barbados for more than $25m (R378.7m) using the proceeds from selling some of his cryptocurrency.