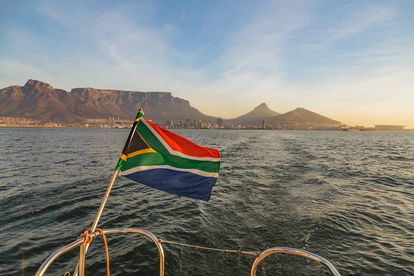 After Afrikaans was voted the second sexiest accent in the world earlier this year, Big Seven Travel recently revealed that SA also ranked sixth on the list when it comes to the most beautiful people.

Yes, their most recent survey revealed that South Africa was voted the sixth sexiest nationality among 50 countries.

For this survey, Big Seven Travel surveyed a sample of their 1.5 million social audience to get an insight into where you’ll find the world’s most beautiful people.

Survey respondents were given no further specifications of the term ‘sexy’, so interpretation of the word was up to them.

The company also included a definition of ‘sexy’, which, according to the fail-safe Merriam-Webster dictionary, is classified as “generally attractive or interesting”.

Here’s what their readers had to say:

Ukrainians came in at the top as they “have a striking appearance” (think Mila Kunis).

Danish came in second due to the ‘impressive score of Danish people’s sexiness’, while Filipino and Brazilian people took the third and fourth spot, respectively.

Australia came in at number five followed by South Africa due to its ‘wonderful melting pot of cultures, making it a beautifully diverse and sexy place to be’.

As for the least sexy? At the bottom of the list is Belgian, Croatian and Irish. You can check out the full list of the world’s sexiest nationalities over here.

“City spotlight articles and original social content are just some of the ways we work with brands to reach travellers across the globe. We also handpick the best experiences in each destination. So you have all the content you need, on the go.”