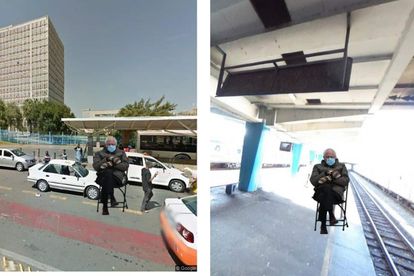 During Joe Biden’s swearing-in ceremony, an iconic photo of Senator Bernie Sanders seemingly went viral and took meme generators to the next level.

After Sanders was photographed sitting on a chair and keeping his distance he subsequently became Inauguration Day 2021’s best meme material. According to Mashable, by now there is a slew of images of the Senator edited into multiple locations including iconic films and TV shows and the results are expectedly hilarious.

And so, Nick Sawhney, an NYU student had an absurd yet brilliant idea, so they created a website – bernie-sits.herokuapp.com that lets you drop Bernie Sanders and his chair anywhere in the world. With the help of Google Maps’ Street View, the website generates an image according to the location or address you enter. The site isn’t anything fancy. It’s just a plain page with an address bar but, it’s getting a lot of hits as you can guess, people can’t get enough of Sanders in random locations.

After the site went viral, Nick said it is an “awesome situation to be in.”

“It’s been really wild trying to keep this thing going.” Early into the traffic surge, a friend recommended crowdfunding; and so more than 750 people have contributed to his Buy Me a Coffee page. Nick also said that he has enough cash on hand to keep the site alive for another week after this, assuming interest starts to die down.

“This is definitely some of the least amount of effort I’ve put into a project,” he said further which is “proof that the most impactful ideas don’t have to be the flashiest”.

Bernie in Joburg and the Mother City

Of course, the internet had a field day placing Sanders at iconic museums, amidst traffic, even the queue for masala dosa somewhere in Bangalore. The South African also generated Bernie to ‘sit’ in Johannesburg or Cape Town:

The internet had other ideas though: