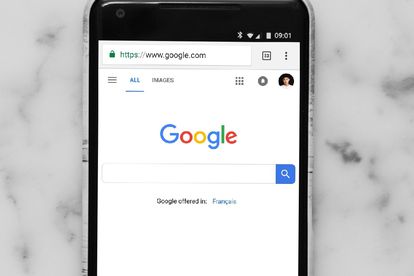 Google pays billions of dollars each year to various telecom giants to illegally maintain its spot as the No 1 search engine.
Image via Unsplash

Google pays billions of dollars each year to various telecom giants to illegally maintain its spot as the No 1 search engine.
Image via Unsplash

South Africans eager to find out more information on everything from current affairs to the latest celebrity news and their favorite sports teams turned to Google Search this July to satisfy their curiosity and expand their knowledge.

When NASA released the very first images from the James Webb Space Telescope in July, the world sat up and took notice. And South Africans were no different, with the telescope becoming the top searched term for the month.

The deaths of How To Ruin Christmas actress Busi Lurayi, ANC stalwart Jesse Duarte, Ivana Trump and hip hop artist Tumi Tladi also had people searching for more information, with all of these names ranking in the top ten most searched terms.

How to Ruin Christmas, a movie in which Lurayi starred, also trended as the third most commonly searched question for the month.

ALSO READ: ‘Something is amiss’: Busi Lurayi’s body was found with injuries, blood

Newly crowned Women’s Africa Cup of Nations (WAFCON) champions, Banyana Banyana also made an appearance in the most searched questions for the month as people looked for more information to find out when they were playing during the month.

On the subject of crowns, South Africans also wondered about the Miss Supranational title, after South Africa’s Lalela Mswane walked away with the international pageant crown last month.

Following the tragic deaths of 21 teenagers at a tavern in June, people sought more information about the suspected cause of their deaths- with searches for “what is methanol?” and “methanol” appearing in the top searched questions and terms respectively.

Gauteng parents looking to place their children for the 2023 school year also turned to Google for assistance- with the registration website being the eighth highest ranked search term for July.

South Africans also seemed to be interested in learning more about literature and writing – with the top questions also asking “what is a folktale?” and “what is a short story?”

ALSO READ: What you need to know about methanol found in Enyobeni victims’ blood