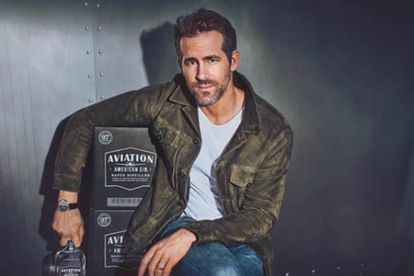 Deadpool star, Ryan Reynolds recently announced that he is the proud new owner and chairman of Aviation American Gin and luckily for fans of juniper and the funny star, it will be available in South Africa… Now you can get your gin fix with a dash of Hollywood’s very own Ryan Reynolds!

Ryan took to Instagram to break the news earlier this month proudly posing with a bottle of his Aviation American Gin.

I own nothing in this photo. Except that gin company. @aviationgin

“I own nothing in this photo. Except that gin company,” he commented along a fierce photo.

Aviation gin is said to be an American original: Every bottle of Aviation Gin is handcrafted in small 100-case batches at the House Spirits Distillery in Portland, Oregon by distiller Christian Krogstad and Andrew Tice. According to Aviation Gin’s official website, Aviation Gin is blended with botanicals, sourced from around the world – cardamom, coriander, French lavender, anise seed, sarsaparilla, juniper, and two kinds of orange peel.

Ryan won’t only be the face of Aviation Gin, but will reportedly also play an active part and oversee its direction, even though he said in an automated email that his responsibilities at the company are vast. “I’ll spend my days being photographed intermittently clinching my jaw muscles while pointing at things and nodding. I’ll drink Aviation Gin. I’ll sit in board meetings, imagining my very own Red Wedding.”

In the long and in no way disastrous marriage of showbiz and alcohol, so happy to announce I’m the proud owner of a gin company… @AviationGin. pic.twitter.com/qPwe0IC6bz

Look out for Ryan’s gin in SA! Find out more here: