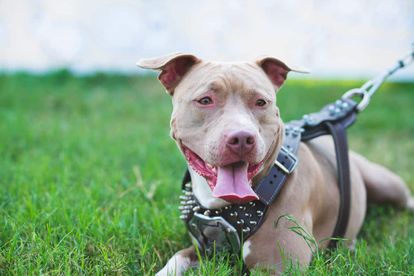 In the first week of February, Minister of Community Safety Albert Fritz met with members of the Cape Animal Welfare Forum (CAWF) to address the issue of dogfighting in the Western Cape.

Based on its frequency and blatant disregard for animals, a follow-up meeting was scheduled to include law enforcement, the CAWF, the Department of Community Safety, as well as the Department of Social Development (DSD) to establish an anti-dogfighting task team that can immediately respond to cases.

Representatives in attendance at the first meeting included the Cape of Good Hope SPCA, Animal Welfare Society of South Africa (AWS) and DSD. During the meeting, it was established that stronger links should be formed between the local offices of the DSD and CAWF where there are reports of young people who are involved with dogfighting. CAWF further expressed the need for a targeted communications strategy to create awareness of dogfighting.

Prevalence of dogfighting in Ocean View and Cape Flats

According to Fritz, there is an excess of dogfighting in areas like Ocean View and other Cape Flats communities. He has condemned the bloodsport, saying it is both criminal and cruel.

There is an increasing number of school-aged children participating in dogfighting, these dogs often stolen from residences. Where the dog does not succeed in the fight, they are reportedly stoned to death.

“I look forward to meeting with CAWF and other stakeholders to establish a task team to respond to reports of dog-fighting. I have previously condemned the prevalence of dog-fighting in Ocean View and the Cape Flats communities and re-iterated that the blood sport is both criminal and cruel. It was reported that there is an increasing number of school-aged children participating in dog fights. Where the dog loses the fight, they are destroyed by the child,” said Fritz.

Linked to other criminal behaviours

Fritz added that dogfighting is often linked to other forms of criminal behaviour such as illegal gambling and the trade of illicit substances.

“It is of great concern that young people are being drawn into dogfighting as they are seemingly being diverted into a life of criminality,” he said.

Fritz, quoting a study, explained his reasoning for the link between animal cruelty and other crimes:

In a study by the University of Tennessee in 2008, Hensley, Tallichet and Dutkiewicz conducted a survey based on the input of 180 inmates at a medium and maximum-security prison. It was found that repeated acts of animal cruelty during childhood were predictive of later repeated violent acts toward humans, showing a positive correlation between the two variables.