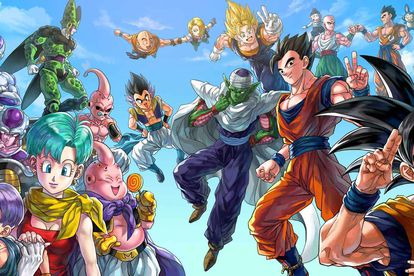 If you are in your early 20s, then as a child growing up in South Africa, you probably remember watching Dragon Ball on television. I am also sure that many of you reading this rushed in from playing at 17:00 every weekday to catch the series on SABC2.

And when the episode ended with our narrator saying “… next time on Dragon Ball …” young fans could barely wait for the next day to find out what happens.

Well, most of you may not have known at the time that Dragon Ball was (and is) actually an anime. Yes, your favourite “cartoon” growing up is not a cartoon at all. The same goes for Naruto, One Piece, Yu-Gi-Oh, Pokémon and Bleach.

These are all manga-to-anime adaptations from Japan.

First, the vocabulary for those who are unfamiliar with the words: Otaku is a Japanese term for people with consuming interests, particularly in anime and manga.

And, if you do not yet know the difference, manga is the term for Japanese comic books and graphic novels. Anime is the name for the animation, in other words, the live screen version of manga. Many anime develop from manga.

South Africa is an ever-growing hub for all sorts of interests ranging from pop cultures to fandoms. However, considering how little exposure people have to anime, “otaku” is generally an unrecognised term.

Genshiken, which is an almost-acronym – GENdai SHIkaku bunka KENkyukai – translates to “the society for the study of modern visual culture”. The term includes anime, gaming, manga, and geekdom in one.

For example, there are pockets of anime communities found all over South Africa.

Each major university generally has an anime society. The University of Cape Town’s (UCT) society is even called Genshiken after the collective term.

A problem still arises though when one considers how few and far apart individual anime fans are, particularly if they are not at a university. There is no way for them to express themselves in an open environment among other people who understand them.

Are there anime events in South Africa?

Surprisingly enough, there are anime events that take place in South Africa even if they are not very popular.

When stepping outside of the university scene, companies like AWX, All Otaku, and Legion Ink make it possible for the anime community to share their passion. The support of companies like these allows individuals to host small (or large) conventions.

The two most notable conventions are Con.ECT and UCON, which UCT’s Genshiken hosts and manages.

UCON was on a large scale and brought in roughly 1 600 people on its first day.

UCON not only allows for anime, manga and cosplay but ventures into the gaming territory as well. This shows its support for both the anime community and the gaming community.

Cosplay is a thing in South Africa?

South Africa has quite a large number of casual and full-time cosplayers. There are cosplay picnics that happen at various points throughout the year. On sunny afternoons, this sub-community will dedicate a day to showing off their costumes and skills.

Not all people at these events are talented in dressing up as their favourite anime characters. Many they take the opportunity to profit from their creativity in other ways, and sell their creations.

These may consist of pieces of costumes such as contact lenses or wigs that are hard to come by or too expensive elsewhere.

JinxKittie Cosplay, AKA Kelsey Atkins, is probably one of the most famous South African cosplayers in the world. She placed first in the world in March this year at C2E2’s prestigious cosplay competition.

She won with an upgraded version of her Blood Priestess Bathory built from the previous year’s competition.

This earned her the title of African Champion of Cosplay, R10 000 in prize money, an all-expenses-paid trip to C2E2, and automatic entry into in the Crown Championships of Cosplay finals.