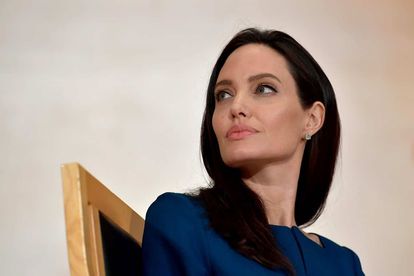 So, Angelina Jolie has a new film coming out soon.

First They Killed My Father—is, according to Jezebel, a “film that is the culmination of Jolie’s philanthropic work in Cambodia and beyond”.

Jolie gave a long interview to Vanity Fair on the subject and included a rather disturbing story of the methods used for casting.

This, from the interview.

“To cast the children in the film, Jolie looked at orphanages, circuses, and slum schools, specifically seeking children who had experienced hardship.”

Ok, fine. Going for authenticity, nothing to see here, right? Well, this is where it gets messed up.

“In order to find their lead, to play young Loung Ung, the casting directors set up a game, rather disturbing in its realism: they put money on the table and asked the child to think of something she needed the money for, and then to snatch it away.”

“The director would pretend to catch the child, and the child would have to come up with a lie. “Srey Moch [the girl ultimately chosen for the part] was the only child that stared at the money for a very, very long time,” Jolie says. “When she was forced to give it back, she became overwhelmed with emotion. All these different things came flooding back.”

The Vanity fair piece then goes on….

Jolie then tears up. “When she was asked later what the money was for, she said her grandfather had died, and they didn’t have enough money for a nice funeral.”

Oh, okay. So Jolie was sad. But, what about the children subjected to this “game” ? Some folks pointed out that she was not casting director so she’s not entirely to blame…but eerrrr…. surely she had the control to say: no, that’s a kak idea, maybe let’s not do this?

Why would Angelina Jolie subject impoverished children to this cruel scheme? https://t.co/BTAOugEPST pic.twitter.com/oDmNS07CYC

angelina jolie really played a psychological game w/ impoverished kids instead of, you know, just having them audition like a normal person

This is abusive towards those poor children whom already have been through so much. Shame on you Angelina Jolie. #tonedeaf #gross https://t.co/5BGK2jNun3

If the Aussie government is looking for a high-profile celebrity endorsement, turns out Angelina Jolie is also fond of torturing children pic.twitter.com/YmCOVSuRgb

Jolie uses poor children as props. Pure and simple. You gotta be some kind of sick to do this