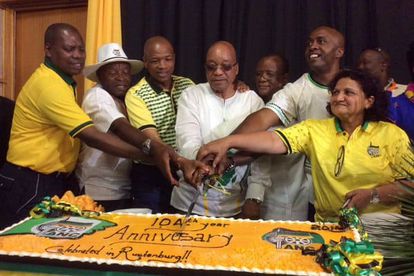 In almost one voice, South Africans have spoken out against those in the ruling party who, according to them, put the president before the people. #ANCNEC has been trending for a few days now and, having a little scroll through people’s thoughts is a pretty big eye-opener.

Even before unconfirmed reports about Zuma’s survival started trickling in, an overwhelmingly pessimistic populous predicted the party’s decision; but it came with a stern warning.

In 2019 South Africa holds it’s next general election, and the people are itching to teach the ANC a lesson.

The so called “collective responsibility” proved that ANC never loved us. Fortunately, we have power to make right choices in 2019. #ANCNEC

@AdvDali_Mpofu I can tell you right now, no backbone in that #ANCNEC lot! Politics of the stomach will prevail…and SA will suffer

Onward to a balanced democracy in 2019! Thank you Zum Zums #ANC #ANCNEC

The fucking #ANCNEC just showed us the middle finger ????.

If by this afternoon Jacob Zuma is still president of the Republic and ANC, I’ll officially divorce the ANC. #ANCNEC

We are tired of #ANCNEC and their monkey tricks to protect #JZ783. Whether JZ goes or not, we just don’t care anymore. We’ll decide in 2019!

ANC no longer accounts to it’s voters, we will see u in 2019 #ANCNEC @MYANC

Things that are happening at the top just need a change of government completely. 2019 a president must not come from Anc please #ANCNEC

Well, one can see, from the #ANCNEC meeting, that the #ANC54thNationalConference in 2017 will be a battlefield – just before 2019elections.

#ANCNEC the demise of the ANC can only be a positive for the future of the country. south Africa need a new order