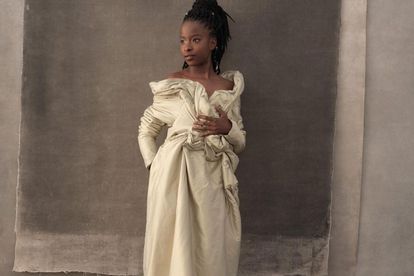 The 23-year-old Harvard graduate Amanda Gorman, who became the youngest poet to perform at a presidential inauguration, has made history again — this time as the first poet to be featured on the cover of Vogue Magazine for its May 2021 issue.

Amanda Gorman and her mother, Joan Wicks, were caught on film reacting to the poet’s Vogue cover:

“The first poet ever on the cover of @voguemagazine. I am eternally grateful & do not expect to be the last — for what is poetry if not beauty?” Gorman wrote in her caption.

“My hands are shaking with love. This is called the Rise of Amanda Gorman, but it is truly for all of you, both named and unseen, who lift me up,” she added.

For her cover story, Vogue stated that Amanda read her journal entry from the night of the presidential inauguration which read:

“I’ve learnt that it’s okay to be afraid. And what’s more, it’s okay to seek greatness. That does not make me a black hole seeking attention. It makes me a supernova.”

INSIDE PEEK AT THE VOGUE SPREAD

Gorman was photographed by famed photographer Annie Leibovitz for the Vogue spread.

BOOKS ON THE WAY

Gorman is set to release two books in September this year. The first one being a collection of her poetry, titled The Hill We Climb and Other Poems, and the second one, a children’s picture book Change Sings: A Children’s Anthem.

According to CNN the books have already topped the best-sellers list.

AMANDA TURNS DOWN $17 MILLION IN DEALS

The poet told Vogue that since the presidential inauguration, she has turned down an estimated $17 million (R247.2 million) in deals.

“I didn’t really look at the details, because if you see something and it says a million dollars, you’re going to rationalise why that makes sense,” she told Vogue about a deal from an unspecified famous brand.

The strong-willed Gorman said that these large companies’ expectations did not align with her own goals.

“I have to be conscious of taking commissions that speak to me,” she added.