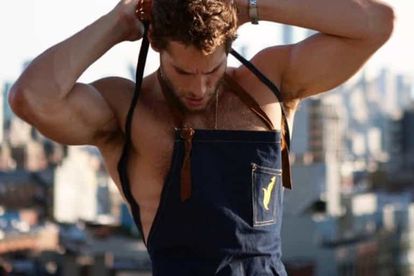 Former 27-year-old model Franco Noriega has set the internet ablaze after he tuned into his finer cooking skills.

The model turned chef has hit the internet and is inspiring people to eat healthy with his easy recipes. So far, he’s only uploaded two videos to YouTube, which caused quite a stir on the internet with thousands of views.

His YouTube channel is called “Franco Cooks” where he shares his recipes in Spanish.

The sexy chef moved from Peru to New York in 2007 to pursue an acting career and started modelling a little later.

After attending the International Culinary Center he combined his love for modelling and food. In 2014 he also opened Baby Brasa, a Peruvian rotisserie restaurant in New York City.

A COLLECTION OF 12 ART PRINTS ALL FREE AVAILABLE TO THE PUBLIC STARTING TOMORROW! @visionaireworld #johnbaldessari

Franco Cooks just made cooking so much more interesting to so many people in the world. Even if you don’t understand a word he’s saying just pay close attention to the ingredients or body parts or whatever.