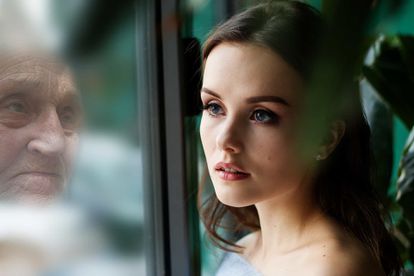 Most people are seeking the secret to anti-ageing, but did you ever wonder how the skin actually ages or how you could slow the process down?

Ageing is a natural process accompanied by a continuous alteration of the body. Your body produces visible changes in its structure, function and vulnerability to environmental stress and disease. Genetics, as well as the lifestyle we lead, play a big role in the ageing process.

Your skin is an organ, and its function is to regulate the excretion of metabolic waste products, regulate the bodies temperature as well as containing receptors for pain, tactile sensation, and pressure. Therefore, the health and appearance of your skin, like the health of your other organs correspond with your lifestyle and dietary habits, as well as with age-related factors such as the imbalance of hormones.

What influences how we age?

Ageing of the skin can be influenced by many factors including ultraviolet radiation, excess alcohol consumption, tobacco abuse, and environmental pollution.

What a lot of people don’t realise is that as their body weight increases and their blood sugar levels rise, biochemical reactions interrupt the structural framework of their skin. With all these factors combined they lead to cumulative deterioration in the appearance of the skin as well as the function of the skin.

Within the skin ageing is associated with a loss of fibrous tissue, a slower rate of cellular renewal, and a reduced vascular and glandular network. The barrier function that maintains cellular hydration also becomes impaired. The subcutaneous tissue (known as the hypodermis or the third layer of the skin) flattens.

The rate at which these functions decline can be more than 50% by middle age depending upon one’s genetic makeup, lifestyle and normal physiological functions within the skin. If we don’t take action to support our skin’s intrinsic defence systems, the youthful qualities of our skin will deteriorate rapidly. Luckily for us, we can harness insights gathered through the latest scientific innovations and slow or potentially reverse the signs and symptoms of accelerated skin ageing.

Intrinsic skin ageing is primarily determined by genetic factors, hormonal imbalances and metabolic reactions like oxidative stress. Signs of intrinsic ageing include skin sagging, thinning and cracking, and the appearance of fine lines and wrinkles.

There are numerous external factors that affect the skin and cause signs and symptoms of premature ageing. Generally, most premature ageing is caused by over-exposure to the sun’s UV rays. However, there are other contributing factors, for example, atmospheric factors such as air pollution, visible light and infrared radiation. Lifestyle choices such as smoking, chronic stress and excessive alcohol consumption can lead to older-looking skin.

The most common signs of extrinsic ageing are thinning of the skin, laxity, fragility and the increased appearance of wrinkles.

How do we combat skin ageing from the inside?

As the skin is a “visual” organ, the beauty industry’s main objective is to improve the appearance of skin with extensive topical treatments and products. However, often overlooked is the need to support the health and beauty of the skin from within.

Ideally one should centre their diet upon fruits, vegetables, whole grains, legumes, monounsaturated fats (like those found in olive oil), and a healthy ratio of omega-3 to omega-6 polyunsaturated fatty acids. Generally, consumption of shellfish, fish rich in omega 3 fatty acids, regular tea drinking, and greater consumption of fruits and vegetables have been known to be associated with improved skin health.

Gut health is crucial to healthy skin. The human skin hosts a variety of microorganisms, collectively known as the skin microbiota. Within the skin, there is a complex network of interactions between the microbes and cells. Friendly bacteria, such as Lactobacillus and Bifidobacteria are well researched for effectively treating infections, promoting healthy immunity, and reducing inflammation in the skin. Oral pre- and probiotics help to rebalance the skin microbiota and optimise the skin barrier function.

In addition, oral probiotics boost cellular antioxidant capacity and combat inflammation in general. Probiotics also help to neutralise toxic byproducts, defend the lining of the intestine, increase the bioavailability of some nutrients and reinforce the intestinal barrier against infectious microbes that may harm healthy skin.

Cosmeceuticals are topical products that exert both cosmetic and therapeutic benefits which have continued to evolve in order to ward off the signs of skin ageing. Some of the most popular topicals include exfoliating and depigmenting agents, antioxidants and regenerating products, such as peptides and stem cells.

Sunscreens (with dual protection against UVA and UVB in a photostable complex) are the most important topical as they protect us from the UV damage caused by the sun. Sun exposure is definitely one of the biggest contributing factors to premature ageing and is actually known as photo-ageing.

Another phenomenal topical is retinoids which have proven their safety and efficacy in reducing photo-damaged skin and are a popular treatment for anti-ageing. Retinoids help combat and reverse the visual effects of ageing, such as wrinkles, laxity, and discolouration. Retinoids accelerate cell turnover and can also improve blemishes and the appearance of pores.

The use of alpha-hydroxy acids (AHAs) has also been known to improve skin texture and reduce the signs of ageing by promoting the shedding of our superficial dead skin cells which in turn helps to restore hydration and a smoother texture. What’s nice about alpha-hydroxy acids is that they can pretty much treat any skin condition or concern because there are so many different types of acids. There’s literally something for everything. The most common ingredients used in product formulations and peels include citric acid, glycolic acid, lactic acid, malic acid, pyruvic acid as well as tartaric acid.

Within the skin, the deterioration of collagen results in the formation of protein fragments, called peptides. These peptides are then recognised by collagen-producing cells, which respond by increasing collagen production in order to repair the damaged skin. However, as we age this positive feedback between skin breakdown and the initiation of new collagen formation becomes inefficient. Therefore by applying specialised peptides to your skin topically you can effectively “trick” collagen-producing cells into boosting collagen production. There are many other active ingredients used in topical products that are focused on anti-ageing among other things.

So basically all we need to do is protect the skin from the inside by consuming nutrient-packed foods as well as reducing our exposure to extrinsic factors that cause premature ageing along with using topical skincare products. Not as difficult as we may have thought, hey?