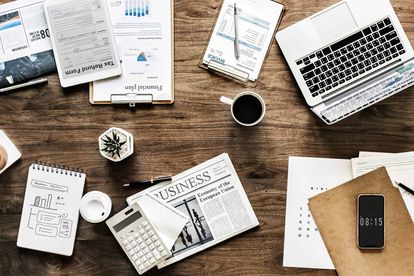 After analysing more than 140 000 online job postings, new stats from Adzuna give us a general indication of which second languages can actually help you land a higher paying job.

According to the search engine for job advertisements, the ten languages that were compared in the study are also the ones that have seen the most significant growth in terms of demand from South African employers over the last three years.

The company also said that multilingual employees are invaluable in the workplace, and not only can it help you secure a higher salary, but your bilingual skills can also assist with obtaining a work visa if you’re looking to move abroad.

The highest-paying second languages in South Africa, according to Adzuna

German is the highest-paid second language:

Of all the languages that were analysed, German was the highest paid, with speakers earning roughly R466 879 per year. The demand for other top-paying languages, like French and Zulu, is higher, which means that workers that are proficient in these languages have more employment options as well as promising salaries on offer.

Adzuna states that the majority of German jobs on offer were based in Cape Town, and most of them were offered within the IT and Customer Service sectors. French speakers can look to find the majority of their jobs in teaching roles whereas Portuguese linguists are most in-demand within the Accounting and Finance and the Sales industries.

Zulu saw the biggest growth in salary offerings year-on-year. Vacancies for this language don’t compare to the rise in average salaries, with the demand of 2019 being 59% lower than the demand recorded three years ago (421 Zulu jobs on offer in 2016.)

Zulu wasn’t the only African language to see a considerable increase in salaries; the salaries on offer for Swahili linguists increased by more than 46% compared to the average salary of R200 000 offered in 2016. With South African opening up more and more trade doors into the greater African continent, it appears as though businesses are preparing for a future that relies more on the incorporation of African clients.

Afrikaans still offering the most jobs in South Africa

When it comes to the languages that offer the widest variety of employment opportunities, Afrikaans is still hot in demand, boasting 2 750 vacancies, which is more than what is offered by any other language. Afrikaans offers more jobs than the other 9 languages combined, but even though it is extremely high in demand, it offers some of the lowest average annual salaries.