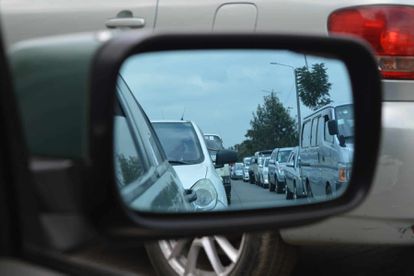 With the Administrative Adjudication of Road Traffic Offences (Aarto) bill being signed into law last week, motorists across Mzansi have had plenty to say about the demerit system and the points which will be added to driving licenses for traffic offences. However, not everyone is happy with the legislation.

Jury’s out on Aarto

Rather than seeing the bill as something to make our roads safer and punish rogue motorists, some reckon the system is a money-making scheme. Not wearing a seatbelt and driving 11km/h over the speed limit can set drivers back by R250 at a time, and these are just the minor offences on the list.

Excessive speeds and driving without a license can also set you back a pretty penny, as they command fines of R1 250 a time. So what can you do to ensure you’re not setting yourself up for punishment? Well, the very simple answer is this: Know the laws of the road…

Aarto demerit system: What you can be fined for, and how many points you will get

Common offences and ones related to licenses:

How many points on my license before I get banned?

Knowing your “limits” is also a good way to ensure your bad driving habits don’t suck your funds dry – or even land you in court. Of course, some of the offences mentioned in the Aarto demerit system aren’t as serious as others but if you keep racking the points up, you can expect to have your license suspended.

If you amass 12 points, you will receive a three month suspension. If someone behind the wheel goes above that threshold, a three-month period gets added onto the suspension for every point over 12. So if someone commits a three-point offence while on 11 points – taking them to 14 – they will actually be banned for nine months.

If you’re license then reaches 24 points, you go through the same process – with a minimum three-month suspension. However, should you reach 36 points or more, and get hit with a third ban, you will end up having your license destroyed and will no longer be allowed to drive in South Africa.

Aarto: Will demerit points stay on my license forever?

So if you’ve committed an offence, and it was an honest mistake, you’re probably wondering if that will be held against you until the end of time. Well, don’t stress… you get one penalty point deducted from your demerit total every three months.

For example, if you’re guilty of a three-point offence, it will take nine months to be wiped from your record… unless you re-offend again in that time. Points will only be added to your license once you have paid the fees or been found guilty in a court of law. To avoid this, we advise that you take any demerits you get very seriously.

Demerit system: What happens if I commit two offences at the same time?

As the government have explained with Aarto, if you have committed two or more infringements arising from the same incident, demerit points are recorded only in relation to one such infringement or offence to which the greatest number of demerit points applies. Therefore, it’s important to reduce any in-car distractions.

Let’s say you’re caught using a cell phone while driving, and you were also going 20km/h over the speed limit. First of all, that’s poor form. Don’t do that… secondly, you would only incur points for the speeding offence (worth two demerit points) because it’s worth more than the other one (worth one point). You still have to pay both fines.